The new VP.Prodigy roster will debut at ESL One CIS Online S1. 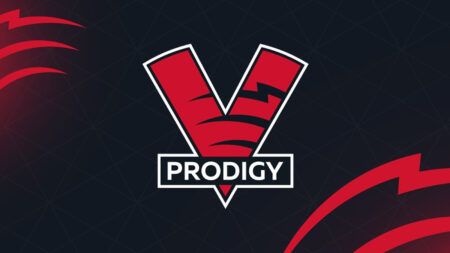 Team Generation’s roster consists of young up-and-coming talents that are all eager to make a name for themselves within the Dota 2 scene. Not much is known about them, but they were able to qualify into the DPC 2021 CIS’ lower-division through the second open qualifier.

Virtus.pro’s official statement also revealed that the organization has been supporting Team Generation since early on, providing them a coach and a bootcamp. “We didn’t rush to announce our new squad as we wanted to let the guys grow and play in a competitive environment without unnecessary pressure,” said CEO of VP Sergey Glamazda. “By qualifying to the lower division of ESL One CIS Online S1 they proved to be ready for the public attention and worthy of representing the VP.Prodigy brand, which is already associated with strong results in Dota 2.”

Seeing as how the VP.Prodigy roster improved all around in 2020, while VP’s main roster was going through player shuffle issues, the organization decided to part ways with their own superstar talents in Vladimir No[o]ne Minenko and Alexei “Solo” Berezin.

It then promoted its VP.Prodigy roster with Vitalie “Save-” Melnic at the helm. VP’s reinvigorated roster has since won the biggest online Dota 2 tournament, EPIC League, defeating OG 3-2 in the grand final.

What’s interesting about VP’s decision to take in the academy team is that this now gives them two rosters playing in the DPC 2021 Regional Leagues.

VP’s main roster will be competing in the CIS upper-division as they battle to qualify for the first Major of the year while VP.Prodigy has qualified into the lower division.

If both teams perform well and end up qualifying for the same Major, VP will be facing an interesting problem as Valve has ruled that only one roster from an organization can compete in a Major.

Presumably VP would either force one of the team’s to bow out, or they would sell the roster to another organization.

The new VP.Prodigy roster will make their DPC debut on January 21, as they go up against Hellraisers revamped roster in the ESL One CIS Online Season 1: Lower Division. Fans can tune into Alvaro Sanchez “Avo+” Velasco’s Twitch channel to watch the lower division matches.

READ MORE: As the DPC 2021 Regional Leagues kick-off, BOOM Esports is poised to take the next step