Na’Vi bench SoNNeikO due to ‘personal conflicts’ within the team

This marks the second time that the veteran support will be leaving the organization. 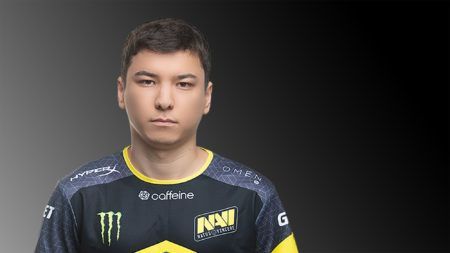 Natus Vincere (Na’Vi)’s captain Akbar “SoNNeikO” Butaev will be sitting on the bench for now.

This was partly due to the after disappointing results in the MDL Chengdu Major qualifiers that had sparked “personal conflicts” within the team.

Na’Vi CEO Yevhen Zolotarov revealed that trouble has been brewing within the team since they bombed out of The International 2019 (TI9) at 13th-16th place. They apparently chose to stick together to sort out their issues and improve for the following season, especially with the arrival of veteran offlaner Pavel “9pasha” Khvastunov from Virtus.pro (VP) in the post-TI9 player shuffle.

Many expected Na’Vi to become the much-awaited challenger to VP’s longstanding dominance of the CIS region, but they only managed a 2-6 record at the Major qualifier group stage and could not even play for a spot at the Dota Summit 11 Minor.

“The first difficulties in the official matches sparked the same personal conflicts that we were going to leave in the past, and everything came crashing down like a house of cards,” said Zolotarov in a statement.

Zolotarov added that the club had two choices, either change the majority of the roster and let the captain build everything from scratch or change the leader. While the club still believed in SoNNeikO, it also saw huge potential in its other players and felt that it would be easier to unleash that potential with a different leadership approach.

With SoNNeikO’s on the bench and expected to transfer to a new team, Bakyt “W_Zayac” Emilzhanov will be taking over as Na’Vi’s captain as the team begins searching for a new Position 5 support player.

This ends SoNNeikO’s second stint with Na’Vi, having first joined the team in 2015 before leaving for Vega Squadron in November 2016. He rejoined the organization the year after as an integral part of its rebuild, becoming both the captain and veteran presence of a new team filled with younger players.

“I would like to sincerely thank Akbar for all the years with Na’Vi, his professionalism, and his loyalty to the tag. I wish him good luck and still believe the success awaits him,” said Zolotarov.

Na’Vi’s CEO added that the roster will be shunning all media activity in order to focus on preparing for the qualifiers of the DreamLeague Season 13 Major in Leipzig in early December.

The team has also been invited to the ONE Esports Dota 2 Invitational, taking place in Singapore this December 20-22.