CR4ZY has released its Dota 2 roster

Only one Dota 2 team remains sponsored in North America. 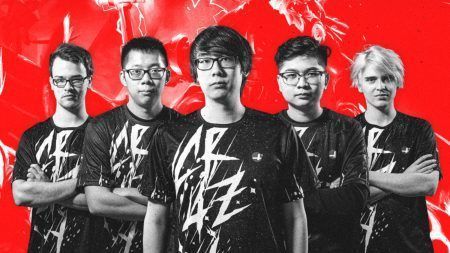 Croatian organization CR4ZY has announced that it will be parting ways with all of its esports teams, including its North American Dota 2 squad, due to the continued debilitating effects of the coronavirus pandemic on the esports industry.

CR4ZY CEO Antonio Meić explained in a statement that the organization was “put in a position where we had to make some tough decisions” after waiting for big announcements — such as the return of The International 2020 (TI10) and other major esports competitions — proved fruitless.

“We weren’t willing to risk our players’ well being and them possibly getting stuck in a foreign country indefinitely in the case of a lockdown […] Although this feels like a loss, we believe this was the right decision. The players are able to find their new homes without any transfer fee, while our company lives to survive another year,” said Meić.

With the release of all of its esports teams, CR4ZY said they will be reevaluating their strategy for this year and prepare for 2021, at which point many are hoping that the global esports industry may return to a sense of normalcy.

With CR4ZY’s departure from the Dota 2 scene, there is only one sponsored team remaining in North America: Evil Geniuses.

North America has arguably been the region hit the hardest by the continued suspension of the Dota Pro Circuit (DPC), with events few and far between forcing organizations to drop support for teams who would then be forced to disband as a result.

Aside from announcing a possible resumption for the DPC by early next year, Dota 2 developer Valve Corporation has mostly remained quiet on what the future of its game’s global esports scene will be as the coronavirus pandemic continues to reshape the state of the world.