One representative remains for EU, CIS, and SEA. 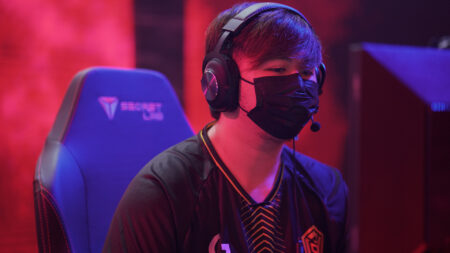 After an action-packed day two of the ONE Esports Singapore Major Playoffs, four teams have been eliminated, while four move on to the next round.

The day started with a huge upset when Filipino team OB Esports x Neon knocked out Southeast Asia powerhouse, Fnatic in the first game of the day. We also saw the exit of another European team from the Major as Vici Gaming defeated Team Liquid.

The Cinderella run of Thunder Predator continued after they convincingly defeated Team Aster in their elimination match. Then, after a sluggish game one, Virtus.pro recovered to take two in a row to eliminate North American squad Quincy Crew.

Here’s a recap of how every game played out.

OB Esports x Neon shocked fans when they took the first game of the series with an incredible performance from Rolen Andrei Gabriel “debil_2000” Ong (also known as skem) on the Nature’s Prophet. The game proceeded as most SEA Dota 2 expected — a complete scramble from start to finish.

To make matters more hectic, debil_2000 picked up a Divine Rapier 43 minutes into the game. Fnatic managed to claim the Divine Rapier from Neon, obtaining a small glimmer of hope. But Erin Jasper “Yopaj” Ferrer on the Puck kept bursting down Fnatic’s heroes, which opened up space for Neon’s Singaporean stand-in, Yang “Deth” Wu Heng, to deal massive amounts of damage with his Death Prophet Exorcism.

The final game of the series was cut and dry, as Fnatic started sloppily. They nearly lost all their lanes in the early game, and quickly fell behind Neon’s cores. With no resistance from Fnatic, Neon took a one-sided game three victory that concluded with a 24-5 team kill score.

While dealing with two core heroes hitting ridiculous power spikes, the team fights continued to worsen for Team Liquid, as Xiong “Pyw”‘ Jiahan’s Shadow Shaman made impact plays, dropping Mass Serpent Wards in the perfect spots. This allowed VG to coast through the latter portion of the game and take a 1-0 lead.

With their backs against the wall, Team Liquid relied yet again on their Sven and Enigma draft to keep their tournament hopes alive. Unfortunately for the European team, VG’s Pyw wasn’t done with his game winning plays and continued to wreak havoc on the map with his Shadow Shaman.

Whenever Team Liquid would try to set up a game-turning Black Hole, Pyw was ready with the Hex and Shackles, which nullified Liquid’s team fight abilities. This allowed Yang “poyoyo” Shaohan and Zeng “Ori” Jiaoyang to pile on the damage, thus eliminating Team Liquid from the Singapore Major.

To start the series off, Team Aster went with a last pick Storm Spirit as their midlaner. In response, Thunder Predator chose a hard counter Anti-Mage pick as their carry. While Team Aster started their lanes strong, Joel Mori “MoOz” Ozambela’s early rotations on the position 4 Tusk kept Thunder Predator in the game.

While both teams battled for map control, the deadlock was broken when Alonso “Mnz” León’s Anti-Mage and Leonardo “LeoStyle-” Sifuentes’s Windranger showcased their damage potential by melting down Aster’s incredibly tanky Timbersaw.

Thunder Predator proved again in Game 2 that they are the superior team. Not only did they outdraft Team Aster, they also outplayed them in the laning phase. Thunder Predator simply exhibited better synergy in team fights. Team Aster couldn’t even leave their base at one point, and — when they did — were eliminated by Thunder Predator from the tournament.

The incredible story of the underdog team from South America continues as Thunder Predator are set to face Virtus.pro in the next round of the Lower Bracket tomorrow.

Virtus.pro’s struggles continued at the Singapore Major when they looked completely lost against Quincy Crew in the first game of their lower bracket elimination match. Despite drafting a hero lineup consisting of Bounty Hunter, Lion, Enchantress, and Weaver (which are heroes that prefer to fight in the early game), Virtus.pro played passively.

Quincy Crew claimed towers and barracks easily, as VP refused to contest or defend their base, once Quincy Crew amassed a significant gold lead.

After a rocky start, Virtus.pro finally showed up in Game 2 of the Singapore Major. Quincy Crew exhibited impressive hero rotations at the start of the game which earned them some quick kills. But Virtus.pro’s Alchemist, paired with the Death Prophet, was able to outpace Quincy Crew’s core hero picks in farm. This gave the CIS sqad the late game map control, which they used to even the series 1-1.

Virtus.pro won the battle of attrition against Quincy Crew as they started to play like the team that dominated the DPC CIS upper division. Quincy Crew put up a valiant effort, but Vitalie “Save-” Melnic on the Lion found the enemy team’s hard carry Troll Warlord multiple times and locked him down with clutch Hexes and Impales. Unfortunately for Quincy Crew, these catches led to them being eliminated from the Singapore Major.

Virtus.pro will continue on in the lower bracket as they prepare to face Thunder Predator in another elimination match.