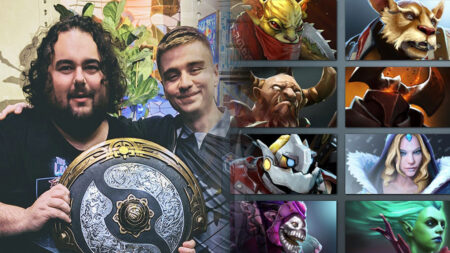 Here we go with part three of my survey data on the Singapore Major.

As a result of beastcoast’s withdrawal I had to do some surgery of the data – similar to that when removing NaVi.

Surprisingly the survey respondents really believe in the top eight much more heavily over the bottom four, but almost certainly some of them would flip now that they’ve seen the groups and the bracket (remember this data was collected two weeks before the Major kicked off).

Just 0.2% of the power ranks believed someone outside of the top 8 would win overall.

Unsurprisingly Team Secret are the favorites, topping the list for just around 7 out of every 8 replies.

VP and IG are believed to join them in the finals (or perhaps knock them out!), but the general sentiment is that they will very very likely top 4.

Overall fans believe that all that’s left is a battle to be the runner-up, and top four will be heavily dominated by the Upper Bracket teams – but if there’s one thing high-quality international Dota 2 never fails to deliver it’s totally wild and unexpected outcomes.