The partnership comes with promotional campaigns and a personalized workout program through Nike’s Training Club. 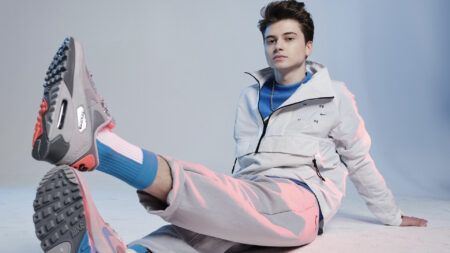 Russian pro Dota 2 player Roman “RAMZES666” Kushnarev has recently been named a brand ambassador for distinguished sports corporation Nike. At present, he is also on his way to establishing a new squad alongside his former Virtus.pro teammates called Just Error, which debuted in the closed qualifier of EPIC League.

Through an update from Winstrike Talent Agency that represents Ramzes, it has been noted that this collaboration is characterized meticulously by “a blueprint for an effective relationship between the esports player and the sports brand.” As such, it will include various promotional campaigns and activities, as well as Ramzes becoming a member of Nike’s Training Club.

“Nike uses its accumulated expertise in sports research to help esports talents improve their performance and endurance through customized fitness programs,” the statement explained of the brand’s rigorous training, “To always be on top, [Ramzes] can count on advice and a personalized plan drawn up for him by Nike coaches.”

Winstrike added that Nike would support Ramzes “with sports equipment, casual clothing and footwear, personalized services, and a specially designed workout program.” The brand has since hosted a Nike Live event dedicated to Moscow and the Air Max 90 Moscow model inspired by the city. Said episode, which featured Ramzes and had served as his debut, received over one million views.

As another leg of this new partnership, Ramzes was likewise featured in GQ Russia, in which he recounted his esports career and experiences, how the pandemic has affected him, and his plans in moving forward. Notably, he mentioned that he’d lost his motivation, wanting to participate in tournaments while most of his team, Evil Geniuses, is based in America.

“When you are alone at home, you can leave the computer, do something yourself, even turn off the microphone in the team chat. That is, you may not see the faces of your teammates, and they will not see you either,” said Ramzes, “But when you sit together, the atmosphere is very different. All support each other, some other jokes. We are all good friends, so we love to spend time together. “

Currently, it appears that Just Error is on the hunt for a coach, though Ramzes believes that the team may temporarily be able to cope without one. “Initially, we were looking for a coach. I will not mention names, but in the Dota world there are only three to four coaches whom we wanted to see at home,” he said, “It so happened that they disagreed. If they could, it would be cool. But if not, then we can handle it ourselves.”