How was iceiceice’s debut with EG? Here’s how we graded him. 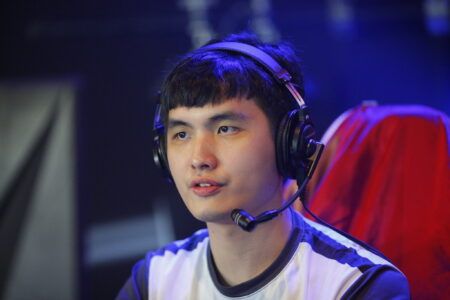 The team went up against 4 Zoomers in Beyond the Summit’s DPC 2021 Season 1 North America upper division.

Prior to the start of the NA upper-division, EG had been on an extended break. Their last tournament appearance was in August of last year during OMEGA League, when the organization decided to send some of its players to compete in the European region.

While EG was looking to face stronger competition in the EU, teams like 4 Zoomers and Quincy Crew have taken over the NA region.

EG then shocked the Dota 2 scene by picking up one of the best and most experienced offlane players in the world in iceiceice. In his debut match with EG, we’d say he was superb.

The first game of the series found iceiceice making sure EG had map control by farming a quick Necronomicon 3 and using his summoned units to push lanes and apply tower pressure.

Iceiceice finished Game 1 with 27 assists, the highest of any player. He also had the fourth highest gold-per-minute score at 506 behind Samuel “sammyboy” Anderson, Arteezy, and Abed “Abed” Yusop.

In the following game, EG struggled to find their footing. 4 Zoomers were able to outdraft and outplay them for the majority of the game.

EG redeemed themselves in the final game of the series, however, with key performances from Abed’s Storm Spirit and iceiceice’s Tidehunter. 4 Zoomers were so focused on Arteezy’s Phantom Assassin, that Abed and iceiceice had free rein around the map. Towards the end of the game, iceiceice was even doing his classic item drop antics inside 4 Zoomers base, right before he and Abed decided to pounce with a beautiful Ravage and Ball Lighting combo that ended the game.

Iceiceice finished Game 3 with a 3/0/16 KDA, which gave him the highest assist score yet again. Meanwhile, Abed ended with a 12/1/9 KDA record that was capped off with a Godlike streak at the end.