Who will rule NA? 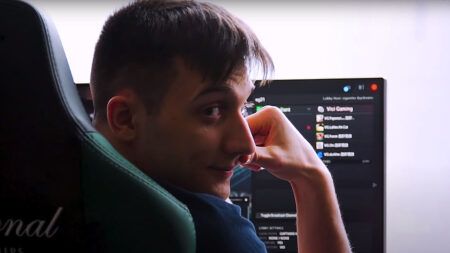 Screenshot by: Danelie Purdue/ ONE Esports

The roundup today will be featuring the 16 teams that’ll be competing in the North American upper and lower divisions. We’re inching closer and closer towards the start of the Dota Pro Circuit with each passing day, it’s such a good feeling as a Dota 2 fan knowing that the DPC is back this year.

Let’s jump right in and see what’s going on in NA.

The four teams to receive direct invites to the NA upper division are Evil Geniuses, Quincy Crew, 4 Zoomers and Sadboys.

The NA community was torn once the news was out. Evil Geniuses had been inactive for six months whilst SadBoys formed a little over a month ago. It didn’t help that the pandemic pretty much destroyed the NA competitive scene last year.

Quincy Crew dominated the NA competitive scene in 2020 by a long shot, claiming first place in almost every NA tournament. Everyone in the team blends so well together, it’s clear during ganks and team fight initiations that the team is 100% in sync with one another. Expected to be one of, maybe even the best NA team in the region right now, it’s only a matter of time till we find out if it’s true.

Evil Geniuses invite was a bit of a surprise to be completely honest. The team hasn’t played with their complete roster yet so it’s up in the air as to how EG will be looking this season. The team did maintain three players from their original lineup so we’re likely not looking at a complete overhaul of the team general playstyle. Regardless, I’m excited to see how EG plays this season and you should be too.

Also to receive an invite is 4 Zoomers. At times, the team can be very hit or miss with consistency being one of the team’s main issues. On a good day, 4 Zoomers look to be at the top of the world while the squad can absolutely flop on one of their bad days. The team did end 2020 on a high note as they placed second at the BTS Pro Series Americas so there’s a good chance 4 Zoomers will be starting off the DPC season on the right foot.

A star-studded NA lineup that formed early December 2020, SadBoys are in it to win it. In the little time the team has had together, they’ve already accomplished top three finishes across three different tournaments. So already, the team has found a rhythm and they’re currently going with the flow. SadBoys look promising so keep an eye on them.

The remaining four slots for the NA upper division matches will be occupied by Undying, Black N Yellow, Aristotle, and 5ManMidas.

Old school NA fans will see some very familiar names in teams Undying and Black N Yellow’s rosters where as Aristotle and 5ManMidas consist of many unknown players. All four teams have played in the competitive scene last year so we likely won’t be seeing any major surprises once the game begin.

Moving forward, all eyes will be on Evil Geniuses, Quincy Crew and SadBoys as these three teams show a lot of promise going into the upper-brackets. 4 Zoomers could potentially be an underdog here so long as they find their footing and keep it.

The eight teams to qualify for the NA lower division include Team DogChamp, Its Okay, Electronic Boys, Byzantine Raiders, Arkosh Gaming, Bros, Freedom, and The Cut.

At this point in time, there’s no clear cut team that will dominate the lower division matches. Many of the players and teams are relatively unknown so teams will have to adapt on the fly if they want to make it. I can guarantee that there will be plenty of cheese and gimmicky strats so don’t be too surprised if it happens. You gotta do what you gotta do to win, right?

Don’t miss out on 10 days of action packed NA matches starting this February 18 and ending on the 27.