MiSeRy is looking forward to streaming. 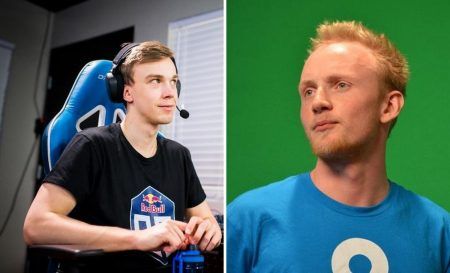 European Dota 2 squad 5men has both withdrawn from EPIC League Division 2 and announced its members are parting ways.

Originally, the team was formed at the end of July, and was made up of players from the disbanded Cloud9 and OG.Seed rosters.

The news came to light in a tweet by EPICENTER, organizer of the EPIC League tournament and various other events in the CIS region, with an additional note that “all [the team’s] matches will be counted as losses, including those that have already been played.”

Rasmus “MiSeRy” Filipsen, 5MEN’s former captain, confirmed the split and thanked those who have supported them. He also promised that he is still looking to compete. In the meantime, he said, “I will start streaming a bit [in] the coming months.”

Ramus “Chessie” Blondin, the squad’s midlaner, has likewise made his thoughts on the matter known. In his own tweets, he explains that “the motivation in the team was really low and [he was] honestly impressed with the results [5MEN] had, despite [the] lack of practice.” While he will be searching for a new team, Chessie writes that he will be exploring ideas for YouTube and Twitch streaming, and that he is also open to casting.

Though 5MEN wasn’t active for long, they made valiant efforts against some of the best teams in Europe, including Vikin.gg, Team Unique, and B8. The squad made particularly impressive strides in OMEGA League’s European Divine Division, where they finished in 2nd place.

With no announcement from Valve regarding the return of the DPC season, more teams and players continue to struggle to keep their rosters intact. Despite having multiple online leagues and tournaments, numerous players are opting instead to take prolonged offseason breaks, while they wait for the return of the DPC.