Will this new Dota 2 stack be the next big team in Southeast Asia? 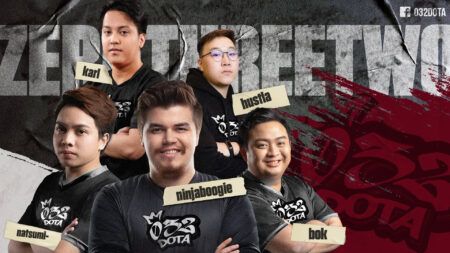 Filipino Dota 2 stack Zerothreetwo has announced that it has signed Karl “Karl” Jayme and Ravdan “Hustla” Narmandakh into its Dota 2 roster.

“We are happy to announce the new players that would complete our roster and help us achieve our goal,” said the team in a Facebook post.

Both Geek Fam and Reality Rift decided to drop their Dota 2 rosters due to the Dota Pro Circuit’s hiatus. And, as a result, both Karl and Hustla have found a new home in Zerothreetwo.

The organization was also quick to point out that Karl and Bok have been teammates in the past under the Amplify roster in 2019.

Hustla will be on a loan-term agreement, since he is still under contract with Singapore-based organization Reality Rift. He has expressed that he is “committed and excited to be part of the [Zerothreetwo] roster.”

Zerothreetwo has yet to announce where they will be competing, but has stated they will be joining upcoming tournaments soon.