VP.Prodigy’s roster is now fittingly all comprised of CIS prodigies. 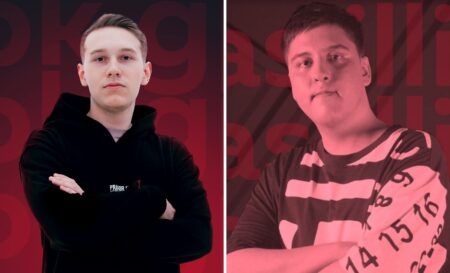 Gpk had an impressive showing when he played with VP.Prodigy as a stand-in for Season 3 of the OGA Dota PIT online EU/CIS league back in September, helping the team finish in second place behind Team Secret.

“Danya is not just a prospective player, he has already proven himself on the professional stage […] Even better is the fact that Danya will join a roster with like-minded people with whom he had already established personal contact, which is very important because compatibility and teamwork in Dota 2 are two of the key factors that affect the results,” VP CEO Sergey Glamazda said in a statement.

Meanwhile, VP.Prodigy acquired illias from regional rivals Natus Vincere (Na’Vi) after its players offered to pay for half of his transfer fee just so they could play with him.

“Illias is a strong player with high growth potential. The rest of the VP.Prodigy guys are so confident in him that they offered to pay half of the transfer cost. As club management, we share their confidence and are glad that we managed to assemble an optimal roster that will fight for victories and delight all of us with their play,” said Glamazda.

With gpk and illias joining Egor “epileptick1d” Grigorenko, Dmitry “DM” Dorokhin, and Vitaly “Save-” Melnik, VP.Prodigy has now assembled the best young talents in the CIS region and lived up to its name.

“The main distinctive feature of our team is that all of us are friends and we like each other’s company. Our roster is young, but we all have a deep understanding of Dota 2 and we all are focused on victories ahead,” said gpk.

“I’ve known guys for a long time, played with them in pubs, watched them play in tournaments, so I’d like to say that, first of all, I join the team of professionals. Each of them has a deep understanding of Dota 2 in general and their role in particular. Moreover, I get along with guys well,” added illias.

The VP organization is expected to announce VP.Prodigy as its main squad for the start of Epic League Season 2, which will run from November 3 to December 13. VP benched its former main roster in September, with some of its players reportedly leaving to form a new CIS superteam.

Regardless of how the ongoing CIS roster shuffle shakes out, VP has put itself in prime position to dominate the region once again with its new roster fittingly comprised of the region’s prodigies.