Kuku, Abed, and 23savage will team up for BTS Pro Series: SEA Season 3

For now, the stack will be a one-time only appearance. 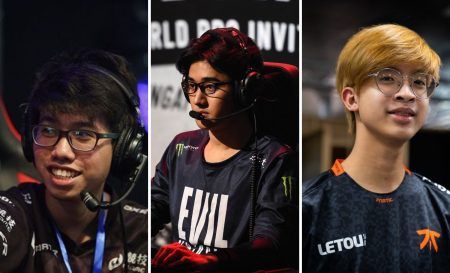 Kuku revealed the new stack, called “Among Us” on on his Facebook page, clarifying that the team will only be playing at the upcoming BTS Pro Series event “for fun.”

The new stack is notably comprised of the biggest free agents in Southeast Asia with the exception of Abed, who is still officially a member of Evil Geniuses despite being unable to play with his team since the Dota Pro Circuit (DPC) was shut down in March.

Kuku and Whitemon were left teamless after Geek Fam disbanded earlier this week as a result of the continued suspension of the DPC.

“We are extremely proud of the achievements that our team has achieved, however, the coronavirus pandemic has affected us in many aspects,” Geek Fam said in a statement.

“Once there is a visible future for Dota 2 and the DPC, we will be back, but until then, we say goodbye to our geeks.”

Meanwhile, 23savage parted ways with Fnatic at the end of July after the team acquired Marc Polo “Raven” Fausto from Geek Fam. While he has been a free agent since then, there have been rumors that 23savage may soon be joining Chinese team Vici Gaming.

Lastly, Fnatic parted ways with Jabz yesterday and replaced him with Nico “eyyou” Barcelon in order to optimize their roster.

The star-studded Among Us stack will be facing either their former teams or teammates in BTS Pro Series: SEA Season 3, which is set to run from September 12-27.

Among Us Dota 2 roster: