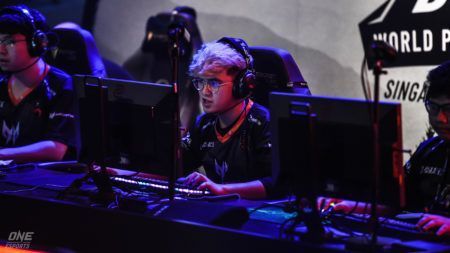 23savage was part of the T1 squad that exceeded expectations last season, coming in third at the WePlay Animajor and finishing in the top half of The International 10, the org’s first appearance at T1. They recently finished third in the recently-concluded Dota Pro Circuit 2021/2022 SEA Division I Tour 1 with a 5-2 record, qualifying for the Regional Finals.

Amidst heavy rumors that T1 is looking for a new carry, including hints at recruiting the retired Anathan “ana” Pham, the Korean organization isn’t shying away from making moves.

Both Gabbi and Anathan “ana” Pham have been on trials with T1, according to a report from Cebu-based esports agency, The Lootbox Agency.

While T1 seemingly announced their current roster moves as temporary measures, it seems more and more likely that the SEA powerhouse will have a different carry heading into the next season of DPC SEA Division I.

Catch T1’s new roster at the Winter Regional Finals, where they will play their first match against Fnatic.