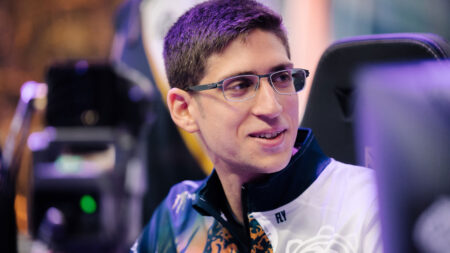 North American esports stalwart Evil Geniuses might be looking to South America — but most of its players aren’t quite done with NA.

“But it’s up to us if we want to keep playing with each other or not,” Fly said during his Twitch stream. “There will be changes to the actual roster, but it’s going to be similar.”

Fly is staying in NA — who else is with him?

The 29-year-old also reaffirmed his team’s decision to stay in North America. The support player’s second stint with EG ended on a low note, after the team’s surprising dominance through The International 11’s group stage gave way to two straight series losses at the main event.

Despite the team’s underperformance internationally, they remained a force in NA. The team only finished below second once during the Dota Pro Circuit season, maintaining the strong form that helped them qualify for TI11.

Andreas “Cr1t-” Nielsen, having played for six years with EG, also hinted at him staying in the NA region.

“Part of me will always bleed blue, but this is just the start of a new era for North America Dota,” Cr1t- wrote on his personal Twitter.