Fans get a glimpse behind the scenes at the Singapore Major 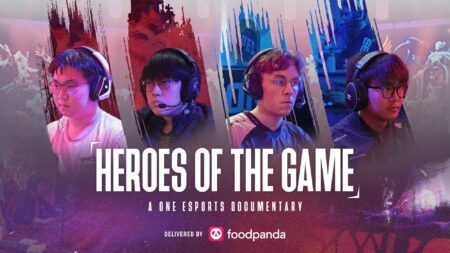 Heroes of the Game episode one dropped Saturday, October 2nd, shedding light on what happened behind the scenes at the Singapore Major as 18 of the world’s best Dota 2 teams organized, prepared, and competed amidst the global COVID-19 pandemic. Yes, there’s a lot more to esports than just playing games.

Episode one highlighted the difficulties tournament organizers PGL and ONE Esports faced whilst organizing the Major. With the need to enforce additional safety protocols to protect everyone involved, one mistake could put the entire Major at risk of cancellation.

On the other side, the teams were also struggling with their own problems. All Filipino players attending the Major had to deal with last-minute travel restrictions that hindered their ability to travel home after competing. Not only did the team managers need to ensure their players were ready to compete they also had to work together to get government approvals to travel home.

OB.Neon scramble to replace Rappy due to contact tracing case

The stress doesn’t end there for OB.Neon. After their first day playing the group stage, stand-in player Rafael “Rappy” Sicat Palo was suddenly put into isolation due to a case of contact tracing from his flight traveling to the Major. Down yet again to a four-man roster and with less than 12 hours till their next game, who will step in to keep the team’s dream alive?

Find out in episode two of Heroes of the Game delivered by foodpanda, available for viewing today on the ONE Esports official Youtube, Twitch, and Facebook pages.

READ MORE: Will Dawnbreaker be a hard-hitting offlaner or healing support at TI10?