It begins on November 29. 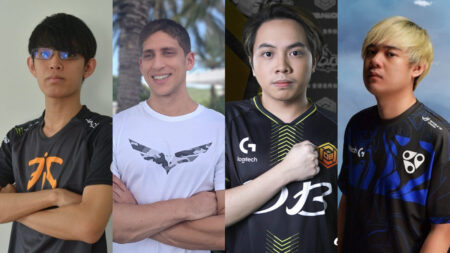 Will Talon Esports soar above the competition and advance to Division I in the next Tour?

DPC SEA 2021/22 Tour 1 Division II is one of the first Regional Leagues in the 2021-2022 Dota 2 season hosted by Beyond The Summit, which is primarily known for hosting various online events in the North American region.

The top two teams from the tournament will advance to DPC SEA 2022 Tour 2 Division I, where teams will battle to qualify for Dota 2 major competitions. The bottom two teams will be eliminated from the DPC’s Division II Regional League.

Beyond The Summit’s Regional League begins on November 29, 2021, and continues until January 22, 2022. The Southeast Asian region’s matches are scheduled to take place on Mondays, Wednesdays, Thursdays, and Saturdays.

The match between Lilgun and Talon Esports was postponed due to technical issues, according to Beyond The Summit.

The Southeast Asian Division II Regional League will have a total prize pool of US$75,000. There are no DPC points up for grabs in Division II competitions.

Ragdoll and tournament favorites Talon Esports have qualified to the Regional League after winning the open qualifier slots. The final Southeast Asian team will be the winner of the final closed qualifier, which has yet to take place.

Dota 2 fans can watch the matches live on these official broadcast partner channels.