The EU and CIS scenes will continue to clash as another canceled DPC event has been shifted online. 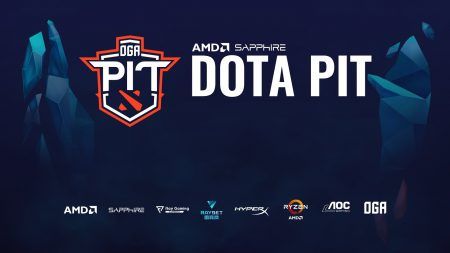 One Game Agency’s (OGA) AMD SAPPHIRE DOTA PIT Online has added a new league that will showcase ten of the best teams from the EU and CIS regions. The competition, which is scheduled for May 13-23, has a US$150,000 prize pool up for grabs.

The participating teams include OG, Team Secret, Alliance, Team Liquid, Ninjas in Pyjamas, and Vikin.gg from the EU region; and Virtus.pro, Natus Vincere, HellRaisers, and Team Spirit from CIS.

The tournament will begin with a Group Stage that runs May 13-20 before staging the Main Event on May 21-23.

The Group Stage will see the participating teams split into two groups of five playing each other in a single round-robin schedule. Each match will be a full best-of-three series.

Here are the groupings for the event:

The Main Event will follow a double-elimination format. All matches will be best-of-three series except for the Grand Finals, which will be a best-of-five series.

The DOTA PIT Minor 2020 was supposed to be the fourth Minor of the 2019-2020 Dota Pro Circuit (DPC). It was originally scheduled for April 23-26 at the Spaladium Arena in Split, Croatia.

However, the tournament was canceled in mid-March due to the COVID-19 pandemic alongside its accompanying Major event, the EPICENTER Major 2020.

DOTA PIT Online started with a notably smaller, all-Chinese league earlier this month, which featured nine teams competing for a US$60,000 prize pool. The Chinese league will crown its champions on May 11, a couple of days before its EU-CIS counterpart begins.

With the last Major of this season, the ONE Esports Singapore Major, also canceled and The International 2020 delayed to next year, the DPC has ground to a screeching halt, causing the competitive Dota scene to shift fully to online events.