The event returns to the DPC for the second-straight year. 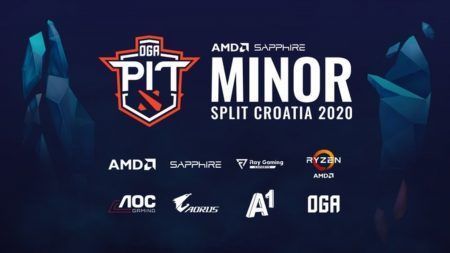 One Game Agency (OGA) has announced that they will be hosting the fourth Minor event of the 2019-2020 Dota Pro Circuit (DPC) season, the OGA AMD SAPPHIRE DOTA PIT Minor 2020, alongside AMD and SAPPHIRE Technology.

The DOTA PIT Minor 2020 will be held from April 23-26 and will return to last year’s venue at the Spaladium Arena in Split, Croatia.

As with all DPC Minor events, this season’s DOTA PIT Minor will feature eight teams vying for the lion’s share of a US$300,000 prize pool, 660 DPC points, and the final spot in the fourth Major this season, the EPICENTER Major 2020 in early May.

The Minor will be split into a GSL-style group stage and a double-elimination playoffs.

The eight participating teams will be split evenly into two groups where they will face off in full best-of-three matches, with the top two teams from each team advancing to the playoffs while the bottom two will be eliminated.

All matches in the playoffs will also be played as best-of-three except for the grand finals, which will be a best-of-five series.

The eight participating teams in the Minor will be determined through the regional closed qualifiers from April 2-3, which will be held right after the EPICENTER Major qualifiers.

Here’s the prize pool and DPC point distribution for the Minor: