The 3 best heroes to counter Axe in Dota 2 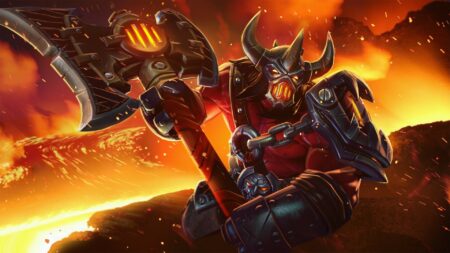 Axe is one of the most dominant picks on Dota 2 patch 7.29, showing up in all levels of play. He is the sixth most picked hero in pubs and was the ninth most picked in the Regional Qualifiers.

Axe is popular because the hero can work as either a carry or an offlaner. He has a good laning phase thanks to Battle Hunger, and works well as the team’s initiator once he has a Blink Dagger.

Not only is he very tanky, but with the new Manta Style build, the hero hurts a lot as well. So while Axe is always going to be a nuisance, here are some of the best heroes who can deal with him.

Batrider’s kit works extremely well against Axe. Batrider is all about repositioning enemies and being mobile himself, and this offers a good player many counterplay options to work with.

Firefly gives Batrider extra movement speed and the ability to fly over any terrain, making him difficult to catch, while Sticky Napalm greatly slows Axe and causes him to take extra damage from all of Batrider’s spells. Batrider can also easily disrupt Axe’s combo with his Flamebreak.

Further more, Batrider’s Flaming Lasso allows him to get the jump on his enemies before they are able to use any spells.

Batrider’s ability to create chaos and reposition enemies makes it very tough for Axe, for he can shut him down from the start of the laning stage till the end of the game.

Luna has a lot going on for her right now. She’s one of the fastest heroes in the game, farms very quickly, and brings a good mixture of physical and magical damage.

Luna can do it all, except healing but that’s what those nerdy supports are for.

Luna’s abilities appear to be designed to counter Axe. Lucent Beam is great for harassing enemies at a distance, and preventing them from using Blink Dagger.

The threat of Eclipse ensures enemies stay far from Luna, a problem for Axe, who does most of his damage at melee range. As Moon Glaives bounce around during team fights, they’ll quickly remove any illusions made with Manta Style.

Luna simply does too much AoE damage for Axe to handle. As long as she can keep her distance in the early game, Luna should be able to come out on top later on.

Speaking of supports, Phoenix is one of the best to have on your team when facing Axe. Similar to the previously mentioned heroes, Phoenix comes with high mobility and packs a lot of AoE damage, all packaged into one support.

Phoenix’s Icarus Dive allows him to dive in or out of fights quickly. This means Phoenix will often be found at the very back of the team, making it extremely risky for enemies to try to kill him.

Phoenix can also use Fire Spirits to greatly reduce Axe’s attack speed, nullifying the advantage of the Aghanim Shard. Moreover, Sun Ray allows Phoenix to heal anyone caught by Axe while simultaneously doing a lot of damage.

Between his great mobility, strong heals, and massive team fight capabilities, Phoenix is more definitely too hot to handle for Axe.