Dendi’s B8 Esports is rebuilding its roster for DPC 2021 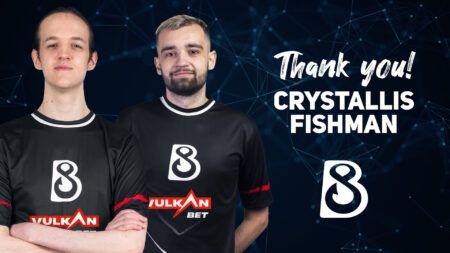 The news comes exactly six months after the two were signed at the beginning of June, when B8 reworked almost its entire roster.

In its farewell tweet, the organization expressed appreciation for its former carry and support players: “We are grateful to them for the time spent together and wish them to reach new heights in the future!” The two have, likewise, posted their own tweets to confirm the shift.

Though fans had notably high hopes for the team as the newest addition to the CIS scene, B8 has continued to struggle in online competitions with early exits from OMEGA League and BTS Pro Series Season 3, while failing to qualify for ESL ONE Germany 2020 and EPIC League.

Unexpected roster changes have also plagued the organization from as early as March. Among its former members were the likes of support player Nikola “LeBronDota” Popović and carry player Steve “Xcalibur” Ye.

It is believed that the announcement of the Dota Pro Circuit, set to begin on January 18, 2021, was the catalyst behind this recent shakeup. B8 likely wants to take the time to prepare for the intense level of competition it is certain to face in the coming year, with a new and hopefully cohesive lineup by that point.