Life online can be complicated. 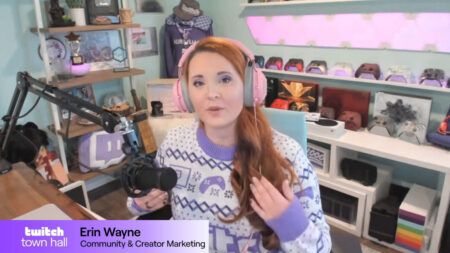 Anyone who streams on Twitch would have experienced being insulted in some way, whether it be via the chat or personal messages. What makes it sadder is that we as a community consider it a norm when we really shouldn’t. In Twitch’s latest Town Hall stream, they addressed a few things, including changes to their harassment policy going into 2021.

Starting January 22, Twitch will take action against anyone who uses derogatory terms such as ‘simp’, ‘incel’, or ‘virgin’ to harass viewers or streamers on their platform.

No, you won’t get banned instantly if you use the word ‘virgin’ in a regular conversation. Action will only be taken if the intent was to repeatedly insult or make fun of someone’s sexual practices. This also applies to the use of emotes, so don’t think you can sidestep the new rules.

In the long run, this is great news for us viewers and streamers as Twitch continues to crack down on toxic behavior on its huge platform. Let’s be real, the new rules will only affect trolls. Us Twitch normies can just sit back and reap all the benefits.

So far, the community has been quite welcoming of the change, though some streamers have questioned why only these particular words have been highlighted, as opposed to implementing harsher rules around harassment in general.

Long time Twitch streamer Kaceytron brought up a good point, that many female streamers still need to put up with being called a ‘thot’, a term that was originally used to describe a female streamer who used her body to attract viewers and donations.

On the other hand, most of the derogatory terms Twitch wants to take action on — ‘simp’, ‘incel’, and ‘virgin’ — are slurs used mostly against men.

Being a female viewer and former Twitch streamer, I’ve had my fair share of being called a ‘thot’. Remember, the new rules only protect us from degrading words that target our sexual practices.

Even though there’s merit to what Twitch is trying to implement, I’m still tired of receiving unprovoked messages. Block and move on they say, but what stops someone from just making a new account? I’ve since moved my streams over to Facebook Gaming due to all the toxicity I had to deal with every time I streamed on Twitch.

At times, it almost feels like the cycle of name calling and harassment is a never-ending one. At this point, I am still thankful that Twitch is constantly putting in the effort to make the platform better for both viewers and streamers.

So do your part and report any unacceptable behavior to Twitch, regardless of whether the harassment is against you or someone else. You’ll have my eternal gratitude.

READ MORE: Among Us is now available on the Nintendo Switch