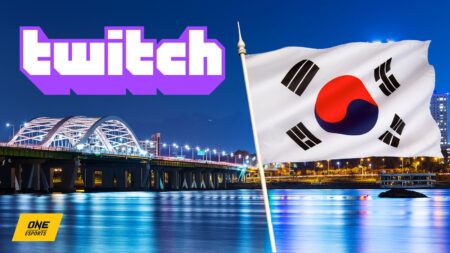 Streaming platform, Twitch, has announced the discontinuation of its Video On Demand (VOD) service in South Korea.

According to a blog post published on November 9 by Twitch Korea, viewers will be unable to view VOD content and streamers will no longer have access to previous VOD content starting December 13 this year. In 2023, the ability to create new VOD content will be stopped altogether.

These changes were made in addition to the company’s initial announcement that it would reduce its maximum video quality in South Korea from 1080p to 720p starting on September 30 to alleviate the burden of rising network usage bills.

In 2016, the government of South Korea put in place revised “Interconnection Standards for Telecommunication Facilities (Standards)”, which required the three major Internet Service Providers (ISPs) in South Korea, SK Broadband (SKB), KT and LG U+ to pay additional cost for sending data to one another, also known as “sender pays.”

When foreign content producers (CPs) such as YouTube, Netflix, and Twitch began to dominate Korean Internet usage, Korean ISPs inevitably had to foot ever increasing bills, which has resulted in Twitch’s latest business decision.

Korean ISPs claimed that foreign CPs were “free-riding” on Korean network usage while reaping massive profits. Therefore, they have been charging and raising the costs of network usage to foreign CPs. Domestic CPs such as Naver and Kakaotalk were already paying for the same network usage.

It was part of its “new solutions” to sustain services in the country in order to avoid rising rates and pricing that “will likely continue to rise for the foreseeable future.”

The ISPs further tested an alternative method, a method that will allow peer-to-peer streaming with the original maximum video quality with select partner channels and their viewers.

Peer-to-peer streaming can reduce ISP’s network burden by allowing viewers to download and share segments of a stream with one another as opposed to downloading the same stream directly from the data center.

However, they claimed that peer-to-peer streaming “needs to be considered more deeply before widespread implementation.”

Twitch added on November 9 that “the suspension of VOD content in Korea is not related to increased network fees and market costs,” and instead emphasized the importance of complying with Korean “evolving regulatory standards.”

On September 20, the Executive Vice President of Asia Pacific, YouTube, Gautam Anand, raised his concerns on YouTube’s Korea blog regarding the planned “Telecommunication Business Act Amendment BIll”, popularly known as the “Network usage Fee” Act that is now in debate.

“Content companies are already paying considerable amounts to send their content to networks of ISPs in locations where Korean viewers reside,” Anand explained. “There is no such legislation anywhere in the world, and for good reason.”

According to Anand, YouTube may have to change the way it does its business in Korea if this becomes law. The company is well-established in the country, contributing more than 2 trillion won to Korea’s GDP and creating more than 86,000 full-time jobs.

Netflix, on the other hand, has been in an on-going lawsuit with SKB for the past three years over the alleged obligation to pay additional network usage fees, arguing that it is the end-users who should pay network usage fee, not the content providers.

READ MORE: This is what the inside of an esports textbook looks like in South Korea