Doc is now back on Twitch! While most people dress up as witch doctors for Halloween, streamer EsfandTV had another doctor in mind for his costume.

Rather than just sticking to his usual interests of RPGs and World of Warcraft, Esfand went all-out to portray the streaming icon, Herschel “Dr DisRespect” Beahm IV.

The Halloween costume came as a surprise to many, seeing as how the actual Dr DisRespect is currently banned from Twitch, the platform that Esfand streams on.

A familiar streamer pops up on EsfandTV’s Twitch stream

The streamer honed into the role by imitating Dr DisRespect’s opening monologues. This time around, EsfandTV labeled the appearance as Doc’s fictional return to Twitch. 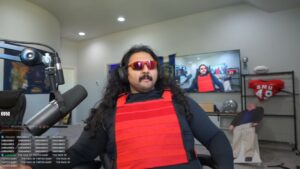 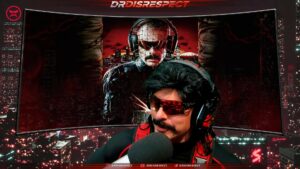 With the reveal being on stream, Esfand pushed the limits on recreating the presence of Dr DisRespect.

The Twitch streamer had the entire outfit down, sporting the crimson glasses, the tactical vest, and the long-sleeved athletic shirt.

Though his costume was missing the iconic Doc mullet, the One True King co-founder did shave his beard into the shape of a mustache minutes before the reveal.

As for the streaming setup, Esfand mimicked Dr DisRespect by using his background TV as a mirrored display of him and the content he was watching.

“Dude, I’ll be honest. I feel like streaming with glasses on is way better,” said Esfand.

READ MORE: Can Ninja pull off a believable impression of Rick and Morty?