Valkyrie is ready to soar the skies with a modded titan. 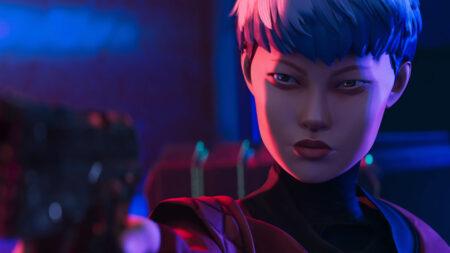 It’s always been known that Apex Legends is set in the same universe as Respawn Entertainment’s Titanfall franchise, but until now there hasn’t been that much crossover between the two games. That changes however with the debut of new legend Kairi “Valkyrie” Imahara, a high-flying pilot who is the daughter of Titanfall 2’s Northstar Titan pilot, Viper.

Though she was teased in the celebratory video for Apex’s 100M players, Respawn lets fans in on her actual backstory with the Stories from the Outlands short, “Northstar”.

As a child, Valkyrie did her best to win her father’s approval to become a pilot and even snuck out with Viper’s flyable version of the Northstar titan. While Kairi showed promise in her skills, her father eventually had to bail her out of the test drive after flying into enemy airspace.

With Viper dying in the events of Titanfall 2 under Kuben Blisk’s command, Valkyrie made it her sole mission to avenge her father and hunt down the mercenary pilot. Years later, the two cross paths once again to put an end to the daughter’s desperate pursuit.

While Valkyrie was ready to take Blisk out, he explains that Viper knew what he was fighting for and always wanted the best for her.

“He wanted your legacy to be better,” said Blisk. “So little Viper, are you a pilot or just the sobbing daughter of one?”

Instead of eliminating Blisk, Valkyrie takes Blisk’s invitation to the Apex Games and ends the emotional story with a quick glimpse of her modded-titan suit.

Valkyrie is set to join Apex Legends in Season 9 on May 4.