Which AD carries will now rise to S-tier? 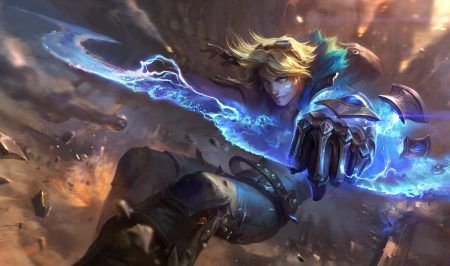 League of Legends: Wild Rift patch 1.1 released earlier this month and brought about major changes by introducing Ability Haste. Another set of considerable changes has been made in this mid patch update, as Ezreal and Blitcrank have been nerfed again, while Varus, Akali, and Evelynn received buffs.

A total of six champions including junglers Amumu, Gragas, and Lee Sin, were nerfed.

These are the biggest winners and losers of Wild Rift mid patch 1.1:

One of the most underwhelming marksmen in the Wild Rift open beta is Varus. Honestly, he felt no different from his PC version when he was ported over. Any other ADC would have been a better choice than Varus.

With these buffs, Riot is attempting to put him on par with his counterparts by buffing his second ability. The buff duration has been increased by two seconds, which means that he’ll have a higher chance of maxing out blight stacks to deal bonus damage.

Overall it’s a welcome buff, and we expect to see more coming his way.

Take note! The changes to Teleport and Stasis are meant to change the meta. Riot specifically wrote, “We’d like to see more active-item diversity, so we’ve made some changes to buff new strategies.”

Teleport being cheaper means solo lane champions will be able to upgrade it earlier in the game at a lower cost. They’ll then be able to impact the rest of the map, specifically bot lane. If they manage to teleport behind enemy lines, get kills, or the tower, or dragon, or all of the above, it’ll definitely tip the game in their team’s favor.

Stasis gives players more leeway for a counter-player. Used in thick situations, it buys time for your cooldowns to come up again for a second iteration of spells.

If it’s not Ezreal, it’s Jhin. According to Riot, he has been “over-performing in every phase of the game” which sparked the need for these nerfs, especially to his base attack speed and damage.

The slow on Captive Audience was reduced by 15% so that players lean towards using it for the combo with Deadly Flourish.

To reach his previous power levels, you’ll require at least one AD core item and one attack speed/crit item in the mid-game.

In the same 1.1 patch, Gragas’ ultimate speed was earlier buffed. Now, he rides the nerf train.

Reverting some of the prior buffs, Riot wants to steer him away from being a reliable champ to a skill-based one whose primary goal is disruption. Every ability was toned down slightly, while his base health was reduced by 40. This should keep him in check.

Already nerfed once in the first Wild Rift balance patch 1.0A alongside his core item Muramana, Ezreal is getting a second major nerf.

Previously, The damage and AD ratio of Mystic shot were decreased. In this update, Mystic Shot is taking another hit, as its base damage is further reduced by five in the later levels. Similar to what happened to him on PC, Arcane Shift’s cooldown has been increased significantly at all levels with the intention of curbing his mobility and safety.

He’ll need to rely more on landing every Mystic Shot and auto-attacking wisely, but even that was nerfed through his passive. Now that he’s been made into a true late-late game AD carry, we’ll probably see less of him.

In Wild Rift balance patch 1.0A, Blitzrank’s health and health regen were nerfed. The damage and silence duration of his ultimate, Static Field, were also reduced.

A second round of nerfs targets all his other abilities and attributes. It will undoubtedly be most felt through his first ability, Rocket Grab. Not only was its damage reduced by 20 at every level, but its projectile width as well. This means that Blitzcrank players will have to be even more precise with their grabs — or get punished even harder for missing.