From the Arena to the Rift. 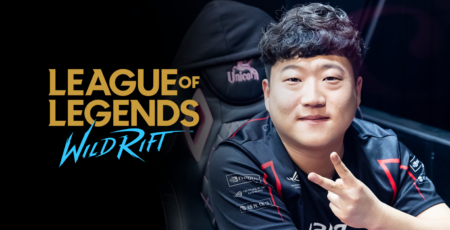 From one mobile MOBA game to another, Arena of Valor pro player Shin “JJak” Chang-hoon has decided to switch to League of Legends: Wild Rift.

He was last seen in the AoV scene as a coach for Team 3 Stars during the Arena of Valor World Cup 2021 Group Stage.

JJak arrives on the Rift

JJak will kick off his Wild Rift career at the Wariwari Rumble 2021 tournament in South Korea. He will be playing with his new team, GLUK Gaming.

JJak is a former member of Realm of Valor (RoV) teams KOG Diamond Cobra and Talon Esports. He is a decorated Arena of Valor player, having bagged championships in three different leagues.

He is a titleholder at the Penta Storm Premier League (PSPL) Summer 2017, Garena Challenger Series (GCS) Summer 2018, and the RoV Pro League Season 3 2019.

The Wariwari Rumble 2021 tournament will take place from August 9 to August 24 and will offer a US$22,000 prize pool.