We need to talk about why no one picks Viper

Is her entire kit fundamentally broken? 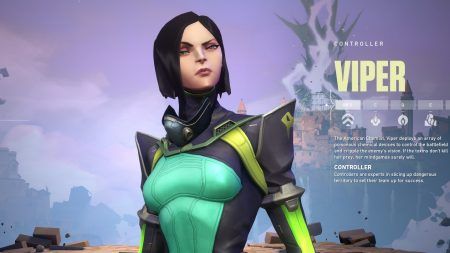 Early in Valorant’s life, many pro players asserted that Viper could play a major role in Valorant’s competitive meta, just that no one had worked out how to best utilize her yet.

However, even after several patches and a number of significant buffs Viper is still by the far the least played agent, and is almost always at the bottom of any pro tier lists.

In Valorant’s ranked play, out of all 12 Valorant agents, Viper has the lowest pick rate from Gold 2, all the way to Radiant. And, from Gold 1 down to Iron 1, she ranks 11th, according to Blitz.gg.

Even Tyson “TenZ” Ngo, who is one of the only players to actually play Viper in a professional tournament believes that she is the worst agent in the game, ranking her at the bottom of his competitive agent tier list.

TSM’s Yassine “Subroza” Taoufik, likewise, has low hopes for Viper, no matter how much Riot buffs her:

So, what’s the problem with Viper? Is her kit fundamentally broken?

In our opinion, the biggest problem is that she’s classified as a Controller, but she doesn’t offer as much as fellow Controllers, Brimstone and Omen.

Her Snake Bite ability may have two charges, but that’s about all it has going for it. Yes, it increases your damage taken, but in a game with 1-shot headshots, that’s largely irrelevant, especially at higher tiers of play. It’s also significantly worse than Killjoy’s Nanoswarm, which can be activated from anywhere, or Brimstone’s Molly which has better range and damage, allowing for more creative setups.

Her Poison Cloud is a decent smoke and deters enemy agents from hiding inside it. But it’s much harder to place than Brimstone’s Sky Smokes or Omen’s Dark Cover, and drastically lacks in range compared to either of them.

Viper’s Toxic Screen ability has the potential to be incorporated into pro play because it covers so much. However, it will only stay up for a few seconds, which gives the enemy team an idea of where the attack will be coming from.

The one ability Riot really needs to look into is the Viper’s Pit ultimate. It costs seven orbs to unlock, which is way too much. And, even though it reduces vision range and the health of enemy agents (while teammates no longer receive health decay due to the latest patch), it still gives away Viper’s position. This is because she needs to stay inside the Pit, or else it will collapse.

So how can Riot fix Viper?

A Controller’s primary job is smoking for their team. Right now, Brimstone and Omen can get the job done easier, safer, and more reliably. For Viper to work, that’s what Riot needs to fix first.

Letting her smokes be deployed through walls similar to her Posion Wall would be a good start, but even then, they would still be hard to place precisely. A way for her to accurately position the final position of her smokes is a must-have for Viper to see any kind of play.

If Riot can make Viper an effective and reliable smoker, the rest of her kit just needs minor buffs to bring her up to the level of other Controllers.

READ MORE: G2, Liquid, FPX, and NIP will face off at the BLAST Valorant Twitch Invitational