These changes to Valorant Deathmatch just made it 10 times better

No more spawning and immediately dying. 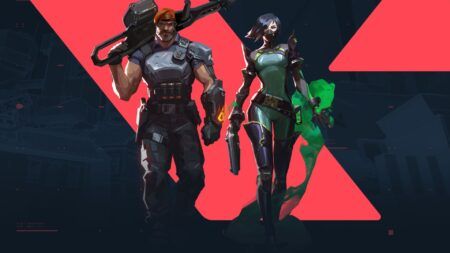 Valorant fans can now enjoy all the content that comes with the release of Act III. These include the new Icebox map, a brand-new Battle Pass, and the new Singularity weapon skin bundle.

Riot has also released patch 1.10, which includes new changes to the Deathmatch mode.

The updated mode will now have up to 14 players, instead of 10. They have, likewise, increased match length to a race to 40 kills instead of 30, and prolonged the time limit to nine minutes from the previous six minutes.

Riot has adjusted the spawning algorithm to encourage safer spawns. Each time players get a kill, they will get an automatic immediate full reload of their weapons, except for the Ares and Odin, which will only return 30 bullets after each kill.

These new changes to the Deathmatch mode will push players to always be looking for aim duels and will help with warmups before queuing in Competitive.

The patch also includes various map updates. The new Icebox map has been added to the game under a “beta” state, and all players will be given favored Unrated queueing just to make sure they get to try out the new map. However, for those who want to experience Icebox in a Competitive match setting, they’ll have to wait until October 27, once it’s been added to the Competitive queue.

With the release of patch 1.10, Competitive Act II has officially come to an end. This means players will receive their new Act Rank and Badge from Act II. And, thanks to the hard work of Valorant’s dev team, players will now be able to queue Competitive matches.

Furthermore, the new patch includes the new preferred server feature, which will increase the chances for players to get into the specific servers they want.

Finally, there are some significant ‘quality of life’ improvements to the game, with players being able to choose their own Variant, as opposed to having them level up sequentially.

Additionally, Riot has announced that Valorant is going live with game servers for Mumbai, India on October 14, and will be part of the “SEA shard.”

Players looking to try out Act III’s newest agent Skye, however, will have to wait until October 27.