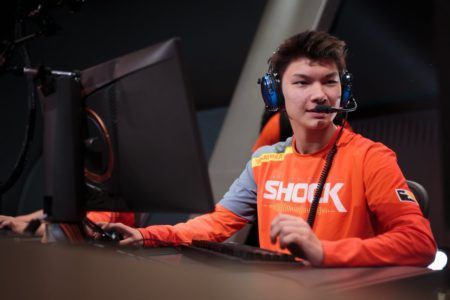 American esports organization, Sentinels has won their first big Valorant tournament, with a dominating performance at the 100 Thieves Gamers for Equality charity tournament.

In the grand final, Sentinels defeated ex-CS:GO stack, ‘together we are terrific’ 2-1 thanks to some incredible play from ex-Overwatch League MVP, Jay “sinatraa” Won.

The reigning Overwatch league MVP showcased how to properly play as an entry fragger with Phoenix, while the rest of Sentinels coordinated their agent abilities for perfect spike-site takeovers.

Sinatraa would always be the first attacker out and rush towards the site. He then used his Curveball flashes to clear corners. Once pushed in, the rest of Sentinels would smoke and wall off parts of the A-site on Bind to make sure the spike was planted safely.

Terrific slowly worked their way back by winning a few rounds and kept the match close. But, on the 11th round, Shahzeeb “ShahZaM” Khan would clutch out a crucial round for Sentinels that stopped Terrific’s momentum.

Sentinels would then move on to win the first game with Sinatraa’s Phoenix getting kills all over the map with his aggressive playstyle.

After losing to Terrific in the second game on Haven 13-9, Sentinels asserted their dominance with ridiculous plays that had their opponents completely titled. With Sinatraa playing Sova in the final game of the series, he would consistently purchase an Odin and spam the wall towards B-Main which prevented Terrific from entering the site.

With Sentinels winning the final game 13-2 on Ascent, they have shown great improvement as a team and that they’re ready to contend against the best teams in North America.