One of the biggest esports event organizers in CIS has announced its entry into Valorant. 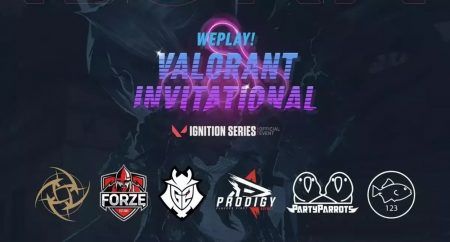 Ukrainian events organizer WePlay! Esports has announced their entry into Valorant by hosting the WePlay! Valorant Invitational, a new event included in the Valorant Ignition Series featuring eight teams competing for a US$50,000 prize pool from July 13-19.

The eight participating teams are comprised of six invited teams and two teams coming from an Open Qualifier to be held from July 13-14. The six invited teams include fish123, forZe, G2 Esports, Ninjas in Pyjamas, Prodigy, and Party Parrots.

The teams will compete in a Swiss bracket Group Stage from July 15-17 to determine which four teams will advance to the a single-elimination bracket in the Playoffs. The Playoff Semifinals will be played on July 18 while the Grand Finals will be on July 19.

“We have been following Valorant since its announcement, and now welcome the opportunity to apply ourselves in the new title. As usual, we will try to make the event dramatic, unusual, and unforgettable. We’re hoping that Valorant will enjoy WePlay! Esports’ style and our regular viewers will have fun with the new game,” said WePlay! Lead Esports Manager Eugene “Hitras” Shepelev in a statement.

“Understanding of the game is still evolving, and there’s plenty of room for new and exciting ideas to take the stage. The Ignition Series is definitely setting up a standard of play for Valorant, the likes of which we’ve never seen before, and will undoubtedly begin to influence competitive audiences in their decisions around play,” added Valorant Game Director Joe Ziegler.

Before announcing their entry into Valorant, WePlay! was best known for hosting tournaments for Dota 2 and Counter-Strike: Global Offensive.