And how MOBAs can make you better at FPS too. 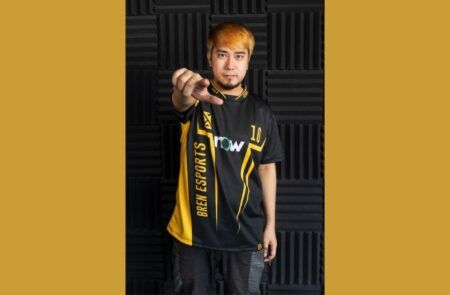 While most Valorant players have shifted from other FPS titles, like CS:GO and Overwatch, Bren Esports’ current Valorant in-game leader, JessieVash has a not-so-typical background. He’s managed to make the switch from specializing in MOBAs to first-person shooters, not once, but twice.

Jessie “JessieVash” Cristy Cuyco’s love for gaming began with the early days of Counter-Strike version 1.3. He would sneak in some game time while interning for an internet cafe in his youth. He then got his start in professional gaming way back in 2010. He became an integral part of Mineski’s Dota 2 team as the esports scene began to develop, and then joined their Overwatch team that competed in local and regional tournaments. He even ventured into coaching for Dota 2 and Mobile Legends: Bang Bang, when he coached the Philippine expansion of Indonesian MLBB team Geek Fam, during MPL Season 5.

Now somewhat of a legend in the Filipino esports scene, he recently made the transition to Valorant with Bren Esports, who are among the first teams in the world to qualify for Valorant Masters.

Yes, that’s five different games in the span of one esports career.

JessieVash’s long and varied experience in different games has given him a more holistic understanding of gameplay, allowing him to adapt easily to different genres. While jumping from one game to another isn’t something he’d recommend to aspiring professional players, there are some things that his past games have taught him that are applicable in his current esport.

Here are three lessons that JessieVash has carried over from his MOBA background into Valorant.

In Valorant, all the agents have skills that allow them to be played a certain way. There’s player preference for the agent, there’s opponent agent preferences, and then there are the maps, which are all very different from one another. These all heavily influence agent selection, which, according to JessieVash, can be reminiscent of the drafting phase in a MOBA.

“We really think about our agent picks per map. Do we pick Omen for smokes or would Brimstone be better? Why? If it’s a map with a lot of corners, Phoenix is a good pick because of his flashes. The way we draft is very map dependent.”

For example, a map like Haven, with three sites, needs an agent that can gather information or keep an extra eye on the site with the least team investment. As for JessieVash, you’ll usually see him on Sova. As the team’s shot caller, he’s the one often feeding his team the information needed. He’s known for recon lineups that maximize both the recon area and the cooldown, that he’s garnered the nickname “SoVash” among fans.

It’s easy to get carried away and put 100% of your focus onto landing those headshots in Valorant — so much so that players will sometimes forget to use their skills. There are a lot of creative ways to use the different abilities of each agent, and using your skills more will help you maximize the game.

“This is one of the things I was attentive to in MOBAs that I managed to apply in Valorant. For example, in Dota, you’ll call the skills, even the cooldowns, down to the very last second. Paying attention to how you use your skills and getting the right timing, like in a MOBA, can really help improve your game.”

Being able to time skill cooldowns properly, alternating skills with your teammates so you don’t run out of utilities, and getting that perfect synergy can make all the difference in a Valorant match.

It’s also easy to play as an individual in an FPS, where a victory is very results-based. Winning usually means killing everyone on the opposing side, but there are also other ways to help your team win other than just competing for that top fragger spot.

“One way MOBAs have influenced my decision-making in Valorant games is that I make decisions based on what’s best for the team. For example, in MOBAs, I’ll probably sacrifice myself, as a support player, instead of my team’s carry getting killed. Or sometimes you’ll take hits for your core or so that a more important position doesn’t get damaged. This is also possible in Valorant.”

Inspired by these ideas, Bren Esports’ Valorant team employs a buddy system in their strategy, wherein one player can either sacrifice themselves to better take the objective, especially if their “buddy” has better utilities to win a fight. This buddy system also works well in covering all angles, so that even if one player goes down, it only puts the rest of the team in better positions to take down their opponents.

All these different ideas from JessieVash and the rest of the Bren Esports team have made them the undisputed Valorant champions in the Philippines. The team will be advancing to Valorant Masters, ready to take on the rest of the Southeast Asian region.

READ MORE: Stats show this is the best possible lineup in Valorant