Is this a teaser for Valorant’s new “galaxy brain” agent? 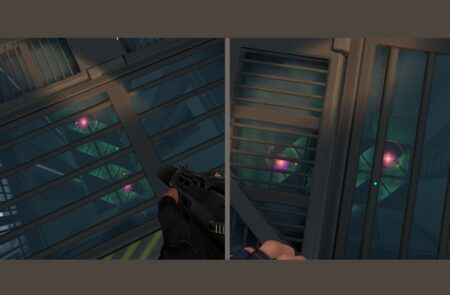 Valorant fans have found what appear to be new in-game teasers on different maps hinting at the upcoming Agent 15.

You’ll find little stars and glowing orbs on almost every map, in a purple and yellow color scheme.

This isn’t the first time Riot has teased an agent with in-game clues. Remember Yoru’s Bait on Icebox and Killjoy’s silhouette on a standee in Split?

John Gosicki, character producer for Valorant, mentioned in his February State of the Agents blog post that players will be getting another Controller for Valorant’s next agent.

“Our next Controller is a cosmic shift from the play patterns you’ve grown accustomed to. This one is for all you “galaxy brain” players out there that like to study everything that happens on a map.”

The language used might hint at a celestial theme for this agent, and we’re thinking “galaxy brain” suggests that this agent could be strategy heavy, perhaps perfect for in-game leaders and shotcallers.

Twitter account Valorant Leaks has also speculated that Agent 15 will hail from Ghana. This theory can be supported by the symbols in the most recent Night Market. There are also acacia trees, which are native to Africa, on the background of the Tier 38 playcard, called “Bridge Between Worlds.”

There are no leaks to Agent 15’s powers just yet, though it seems that those starry orbs might be his or her signature.

Our theories for Agent 15’s skills?

One thing’s for sure, this new “cosmic” controller will be unlike any agent we’ve encountered yet.