Ardiis had a 21/12/7 KDA record in the final game of the tournament. 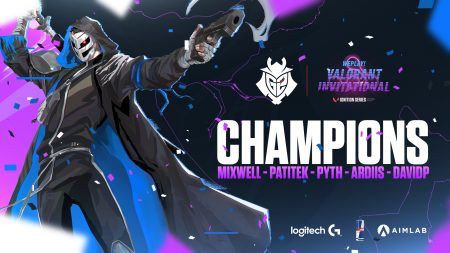 There is no doubt G2 Esports is the best Valorant team in Europe at the moment and maybe even in the whole world.

The organization has just added the US$50,000 WePlay! Valorant Invitational title to its long list of accomplishments, where G2 destroyed its European rivals, Fish123 by winning both maps in a best-of-three Grand Final series.

Meanwhile, former Fish123 member Charlie “ardiis” Svarenieks carried his team to victory in the final game of the tournament on Ascent.

G2 had an amazing 5-0 round start against Fish123, with excellent site holds on the defender’s side. Whenever Fish123 took control of a site on Bind, G2 would always find a way to rotate their players, execute a perfect retake, and defuse the spike.

Fish123 answered back by getting a much needed win when they half-bought during the 14th round. They would then get back into the game by winning six straight rounds against G2, pushing the score to 10-9.

It would be davidp who put an end to Fish123’s incredible comeback, after he clutched out the crucial rounds for G2.

The second game on Ascent would be more competitive, with Fish123 taking a two round lead after halftime. Fish123’s new stand-in and ex-CS:GO superstar, Adil “ScreaM ” Benrlitom would go on a complete tear, which resulted in him becoming the match MVP with a 26/17/7 KDA record.

But, ultimately, both ardiis and davidp helped G2 win the last seven rounds of the tournament and secure themselves another Valorant Invitational championship. Fish123’s last-ditch effort to get some momentum back was stopped by G2 in the 19th round of the game. ScreaM used his Rolling Thunder ultimate that stunned all of G2’s defenders in the A-site of Ascent; but paTiTek was able to cast his Paranoia flash, which blinded all of Fish123’s players entering through A-long.

With its first place finish at the WePlay! Valorant Invitational tournament, G2 has earned itself $25,000. Meanwhile, Fish123’s runner-up finish earned it US$15,000 for its valiant efforts.