Evil Geniuses will compete in the Valorant Challengers 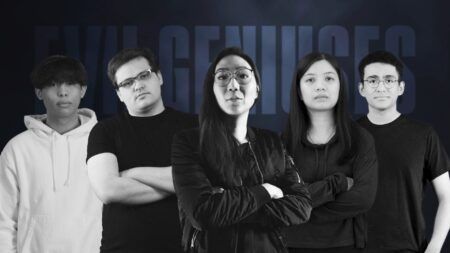 Potter is a long-time competitor who started her esports career in 2006, when she played CS:GO under SK Gaming’s female division, SK Ladies. For the next 13 years, potter won seven female world championships under the Electronic Sports World Cup (ESWC) and World Electronic Sports Games (WESG).

Potter took a break from competition in 2020 and has been part of different CS:GO events as an analyst and commentator — which is why her switch to Valorant caught FPS fans by surprise. She will be leading EG’s intriguing roster that also includes another female Valorant pro in Claudia “clawdia” Che, who reached Radiant rank for the fourth time last December.

Rounding out the roster will be pro players from the North American scene. First, there’s Filipino player Ronan “Osias” Jeremiah Javelona who was formerly Mamba Mode Gaming. Then, there are Aleksandar “aleksandar” Hinojosa and Nolan “Temperature” Pepper, who were both members of the talented Moon Racoons roster.

Evil Geniuses CEO Nicole LaPointe Jameson wanted to emphasize that the new Valorant roster was not put together with diversity in mind. The organization believes that the squad has what it takes to compete against the best teams in North America.

Evil Geniuses are now set to compete in Riot’s Valorant Challengers tournament where they could end up facing Sentinels in the third round.

READ MORE: Valorant’s worst map will no longer be a nightmare for attackers