Valorant’s most recent patch centers around changes on Split.

A map that’s been notorious for favoring defense, attackers can now rejoice as Riot’s latest updates to the game have resulted in what may be a better-balanced map.

According to Riot, the changes to Split “improve attacker options on the map, reduces 50/50 checks, the depth of certain corners, and opens specific areas on the map by increasing chokepoint widths.”

Here are the changes made to split and how it might change your play style:

1. More space and crates in B Main

Other than not having to squeeze in that tiny alleyway so much, they’ve added a crate as well for extra cover and maybe a trickier angle for some skills.

On the defenders side, someone’s thrown out more boxes so that little nook on the right isn’t as deep as it once was. You could hop on top of it and get a new angle, though.

2. Extended plant area on B site

There’s a new corner to plant the spike on. It’s a few steps closer to the nook on the left, providing less awkward cover from heaven as you’re holding the site.

On the other side of this are more crates! This new material stack not only lessens that cat and mouse chase around the center, but also breaks the angle from heaven. Jett mains can also Updraft on there for a better angle into heaven.

4. Less cubbies in B Alley

Aww, we quite liked these cubbies. Removing them allows for a better push for the attacking side.

5. More ventilation in the Vent Room

It’s going to be trickier to hold mid with that new wall down the middle and a wider entrance. Since the sloped wall gives its corresponding corner an awkward angle, a majority might favor the left side from now on, which remains unchanged.

Less seats for guests but a LOT more sight for pushing into mid. You can even afford to use less utilities pushing in here.

There’s less depth in the Sewer cubby for a safer passage through. You could still sit quietly in that nook, but you might need to cautiously angle yourself and your gun.

8. Defense on Ramps is harder

Someone repaired the doorway in Ramps, and it’s now wider. With the wall opposite the doorway now sloped as well, it’ll be a lot more challenging to get a good angle to hold this site.

Down on the site, the back corner of the bomb site can be better cleared from A Tower thanks to yet another adjustment to a sloped wall. Meanwhile, in Screens, another adjusted wall means safer passage out of Screens. You’ll still have to peek corners, of course.

Rounding up the rest of the patch notes are other adjustments to the game, and to Jett.

They’ve added the option to hide custom game results, with the pros practicing for Challengers in mind.

Add Friend is now only for teammates and not enemy players, and enabling the privacy/streamer mode will remove the Add Friend option from your profile for other players.

If you happen to disconnect during a game, you can ask for AFK forgiveness, although repeat offenders will have higher queue restrictions.

And last but not least, Jett. Duration of her Cloudburst has decreased almost by half, from 7 seconds to 4.5 seconds. With Brimstone’s smokes increased, we think this adjustment isn’t so bad, as it forces Jett main to play faster, exactly the way we like her! 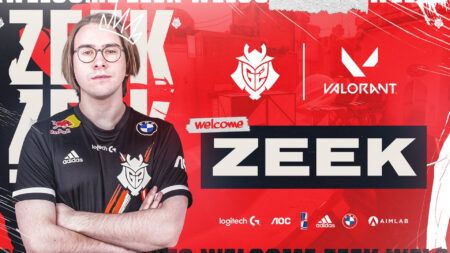 Here’s what you need to know about G2 Valorant’s newest member, Zeek

Zeek will make his debut with G2 on February 11.