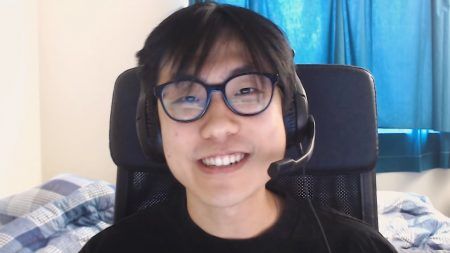 Cloud9 has finally completed its official Valorant roster, with the signing of Daniel “Vice” Kim as its fifth player.

Vice made the switch to Valorant after spending four years as a CS:GO pro player. At the tail end of his CS:GO career, Vice was a trial member for Cloud9’s CS:GO roster, right before he decided to transition over to Valorant.

“I’m switching over to Valorant mainly because after competing for four years in CS:GO, [the game grew a little stale] and I wanted to start a new chapter and I felt that Valorant was the perfect opportunity for that,” said Vice.

Vice first joined Cloud9’s Valorant roster as a stand-in player during the 100 Thieves Gamers for Equality tournament. He then continued to play with Cloud9 as their Cypher main, up until he was announced as the team’s final member.

It seems that Cloud9 has decided to go with TenZ, Relyks, and mitch as the team’s playmakers, while Vice and shinobi will be taking over the support roles. Cloud9 has yet to capture its first Ignition Series title despite participating in multiple tournaments in North America.

Cloud9’s strategy for its Valorant team moving forward is to develop its young group of players, instead of signing any major free agent talents. The team has shown improvements by earning wins over TSM, Team Envy, and Gen.G Esports.