Andbox stuns everyone at the NSG x Renegades Invitational

Look out for Andbox. 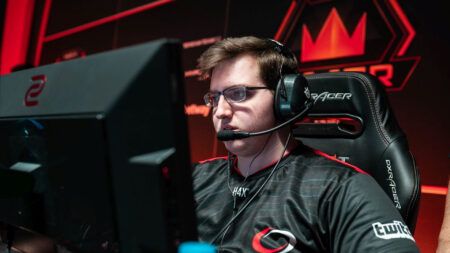 With Riot Games’ First Strike series right around the corner, Valorant fans were given a quick preview of how the North American Valorant scene has progressed, following the Ignition Series competitions.

The tournament featured multiple upset victories, but the NA scene was shocked when qualifier team Andbox ultimately walked away with the tournament victory. The Valorant stack featured two former CS:GO pros, Jacob “Yayster” Whiteaker and Bradley “ANDROID” Fodor, who carried their team by having the highest average combat score in the grand final. Andbox also only conceded one map loss throughout their entire tournament run.

Andbox faced the newly restructured Immortals roster, which saw most of its players sign with 100 Thieves’ and NRG’s new Valorant squads. But this gave newcomers Jason “neptune” Tran, Jason “jmoh” Mohandessi, and Andrew “ShoT_UP” Orlowski the opportunity to join the roster, proving that the new Immortals squad can still be competitive in the NA region.

After getting out of their group, Immortals upset the new T1 roster and Cloud9 to make it all the way to the grand final.

Andbox opened with a strong showing on defense by taking down Immortal’s entry fraggers from A-short and A-long. And, with Sebastian “Seb” Bucki gathering so much information with his Cypher’s Spycam which was placed on the ceiling of Hookah, Immortals struggled getting onto either site of the map.

After ending the half with a 9-3 score, Immortals responded in kind by winning four straight rounds of their own. However, Andbox took back control of the game by getting crucial entry frags on attack. Andbox’s Game 1 victory showed that they’re a well-coordinated team that often gets the favorable trades during skirmishes.

Next Andbox took a commanding lead in Game 2 by winning six straight rounds as the attackers, despite Split being a defender-sided map. Seb dominated the first three rounds going 10/1/0.

Immortals then mounted an impressive comeback by winning eight rounds on the attacker side after halftime. They would also go on a five round win streak, with Amgalan “Ghenghsta” Nemekhbayar getting four clutch kills on the 24th round to force overtime.

Immortals were on the verge of winning Game 2. But former Fortnite pro Jake “POACH” Brumleve redeemed himself, by clutching out the round and extending the match. It was then during Andbox’s final two championship winning rounds, when both Yayster and Aaron “b0i” Thao came up big and helped their team win the tournament.

For their first place finish, Andbox won US$6,000; while Immortals took home US$3,000 as runners-up.