Hiko and crew are one step closer to being crowned Riot’s first North America champions. 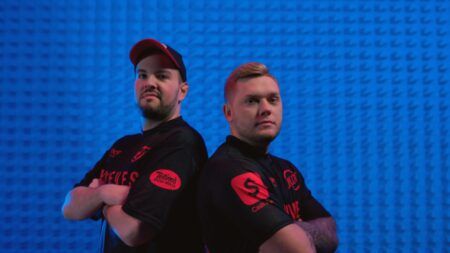 100 Thieves continued to impress in Riot Games’ First Strike North America series as they defeated tournament favorites Sentinels with a 2-1 final score. The games were intense, and most of the rounds went down to the wire. But 100 Thieves showed that they’re the better team by clutching out the final game on Bind.

At the start of the match, Sentinels surprised everyone when they picked Icebox as the first map. They took the first four rounds with their aggressive playstyle and the fact that Shahzeeb “ShahZaM” Khan picked an early Operator.

100 Thieves answered back with Peter “Asuna” Mazuryk and Nicholas “Nitr0” Cannella stepping up on the defenders’ side, while Spencer “Hiko” Martin secured the second pistol round of the game, getting four kills with his Classic pistol.

Sentinels eventually regained control of the game and was the first team to reach match point, but Hiko and Nitr0 came up big yet again by forcing overtime. 100 Thieves would then clutch out the final two rounds to take a 1-0 map lead over Sentinels.

100 Thieves then lost to Sentinels on their own map pick of Haven, but this was followed by both teams showcasing an action-packed final game on Bind. This time around, 100 Thieves had another impressive start. After getting great reads with his Cypher on Icebox, Joshua “steel” Nissan took more aggressive gun fights, which gave his team impact kills that led to round wins. Asuna also contributed by wreaking havoc on Bind with his Raze.

Sentinels’ own Cypher main, Michael “dapr” Gulino helped his team get back into the game when he scored three quick kills going into the A-site. He then clutched a shaky, one-against-two situation by playing the post-plant perfectly against Hiko and Quan “dicey” Tran.

Later, 100 Thieves went up 10-5 after some incredible heroic plays from Nitr0 and steel who clutched out insane rounds.

Towards the final rounds of the game, steel noticed that Sentinels’ A-site defense was significantly passive. This prompted 100 Thieves’ in-game leader (IGL) to walk from A-showers straight to the A-site, which caught Sentinels members off-guard.

This led to the rest of 100 Thieves’ players rushing into the A-site and playing the post-plant perfectly. The round win also exposed the weaknesses of Sentinels’ A-site hold, which 100 Thieves again used to their advantage in the final round to win the series.

Following 100 Thieves’ win over Sentinels, Nitr0 revealed to ONE Esports in a post-game interview that he believes their squad should be considered one of the best teams in competitive Valorant. “We’ve already caught up with all these other teams, even in (terms of) the chemistry that they have,” he said.

100 Thieves is now set to face TSM in the finals of First Strike North America, where the winner will be crowned Riot Games’ first-ever Valorant champions. The match is scheduled to take place on December 7 at 5:00 a.m. GMT+8, and can be viewed on Riot’s official Twitch and YouTube channels.