The eccentric Yoshi player brings his swords to the world stage. 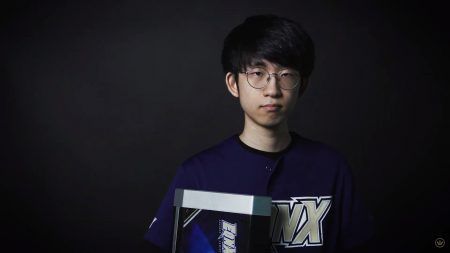 This will be EyeMusician’s second team after his 2019 professional debut with Korea’s ROX Dragons.

Despite being a rookie in 2019, the Yoshimitsu specialist left Tekken fans in awe of his flashy playstyle, using Yoshi’s unorthodox teleportation and maneuvers.

He was able to defeat Filipino prodigy Alexandre “AK” Laverez with a Rage Art parry at REV Major 2019 and finished within the top 8 of the tournament.

EyeMusician also displayed his skills in the Last Chance Qualifier of the 2019 Tekken World Tour Finals, where he took 4th place after losing to AK’s wild-card Akuma.

“Eyemusician is a one-of-a-kind player that will bring a lot to our growing roster,” said Emily Tran, owner of EQNX Gaming. “It’s hard to keep your eyes off him when he’s playing and I can’t wait to see what he accomplishes while representing EQNX.”

In EQNX, EyeMusician will be joining fellow Koreans Lim “Ulsan” Soo-hoon and Jeon “Dimeback” Jim-yung as well as a handful of Tekken pros from North America and Japan.

EyeMusician will represent EQNX in Season 2 of the AfreecaTV Tekken League on August 12.