Tekken 7’s most overpowered character has finally been nerfed

Are these nerfs enough to stop Fakhumram? 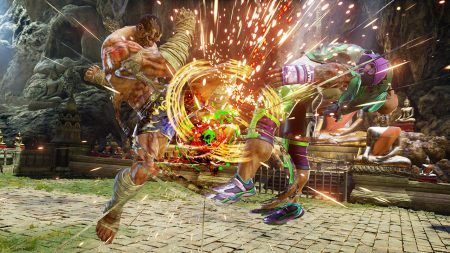 After five months of complete dominance over the world of Tekken, Fahkumram has finally been nerfed in patch 3.33.

Even with a hurtbox nerf in 3.32, the player-base saw too many inconsistencies with Fahkumram’s movement such as spacing on block and unlikely whiffs.

With Fahkumram’s lengthy appendages and a small mid-area, his basic movement was a pain to deal with. Players frequently encountered low and mid attacks seemingly pass through his arms and legs. In the newest update, the developers have increased the size of his hurt box, specifically his hands and knees to remove any chances of whiffs.

As for his attacking moves, some key pokes were significantly nerfed in their range and push-back. His 3+4 mid-kick now gives Fahkumram less room to work with in terms of following up the move. 3+4’s damage gets a solid nerf from 27-20 and deals less combo damage on counter-hit.

Fahkumram’s wild-card CH move d+3+4 also got nerfed in terms of its push-back. After the maelstrom hits, players easily get a +13 frame advantage that can easily grant a quick string punish.

His quick low poke df+3 also received a damage nerf from 19-15 along with a range decrease. From the looks of it, the range decrease is fairly minimal, but you can have a bigger chance of backdashing and making Fakhumram whiff the poke.

For more details, you can check out the full Tekken 7 3.33 patch notes.