Are you ready for Kunimitsu? 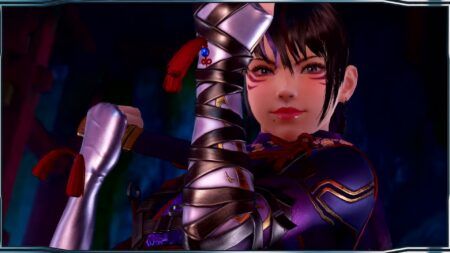 Bandai Namco has officially announced that Season 4 of Tekken 7 will launch on November 10.

While the developers have already explained the new changes in a previous stream, the latest trailer shows how they will be implemented.

With the new Season Pass, players can finally play the newest iteration of Kunimitsu. Being a returning fan favorite, Bandai has included some unique costumes and add-ons such as a Urban Ninja set and the Vermillion Gates stage to go along with the DLC character.

The trailer also featured some new moves of characters that help improve the balance of the game. Kazumi now has a forward-thrusting palm attack like Kazuya while Paul Phoenix is now equipped with a power-crush shoulder charge.

Other than moves, the developers have finally showcased Tekken’s larger health gauge. From the quick clip, Lars’ orbital kick combo is noticeably weaker and barely breaks 25% of the opponent’s health.

A new aesthetic addition is Tekken’s collaboration with Pacman for its 40th anniversary. With the collab, the Arena stage will be now Pacman-themed for a limited time and players will earn exclusive items such as plushies for characters and graphics for your health gauge and player card.

Tekken 7 Season 4 will be available on November 10 on Steam, PS4, and Xbox One.

READ MORE: The long-awaited return of Kunimitsu is finally happening