This is why over half of your matches suck. 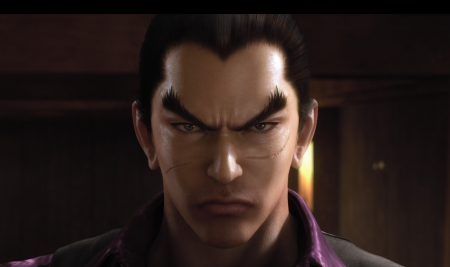 The panel tackled the topic of player online connections in the current era of competitive fighting games.

In fact, as the community has largely shifted to online play, Tekken Director Katsuhiro Harada observed that over 50% of fighting game players still primarily use WiFi connections for their matches.

Harada did mention that most of these WiFi users are on console, and that the connection quality on PC was much better. But the fact that over 50% of players are using suboptimal connections could be the major reason why fighting games have a stigma of terrible online matchmaking.

This information was obtained on Bandai Namco’s end, after the developer studied connection inconsistencies in Tekken 7, Soul Calibur 6, and Dragon Ball FighterZ. While other genres may function properly on WiFi, fighting games require optimal online connections due to frame-sensitive inputs.

The Japan Fighting Game Publishers Roundtable brought together some of the biggest names in the FGC, their discussions revealing exciting news, anticipated updates, and insight into the state of the fighting game genre.

The conference gave developers a platform to share some of their upcoming content. Throughout the livestream, representatives from Capcom, Bandai Namco, Arc System Works, SNK, Arika, and Koei Tecmo took turns highlighting new features and characters fans can look forward to.

Bandai Namco has also expressed interest in implementing a Wi-Fi indicator to Tekken 7 which will give online players a better understanding of their opponent’s connection type. This will help players decide if they want to go up against someone who has a subpar connection.

READ MORE: Tekken Season 4 teases the return of a fan-favorite