JoeyFury brawls out with Marduk in Tekken Online Challenge US East

US East’s final boss is the fury himself. 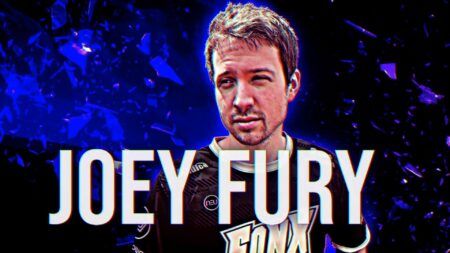 While Jevante “Obscure” Flint came out as the undefeated champion of the Tekken Online Challenge US East open tournament, he had to face the region’s final boss in the form of Joseph “JoeyFury” Bennett” and his legendary Marduk to have a chance of doubling his prize money of US$500.

Carrying over his momentum from the championship game, Obscure did his best to counter Marduk’s throws with a flurry of low pokes. From a double Sad Hound that put JoeyFury in rage mode, the Alisa player baited out Marduk’s uppercut and went straight for the game-winning slide.

Even with Obscure taking the lead, JoeyFury stood tall as the final boss. In game two, the big brawler started the match with an insane perfect round and continued to dominate the rest of the game.

While JoeyFury took some hefty damage from Obscure’s chainsaws in the final round, he did an incredible shoulder charge into a screwing okizeme and ended things with an overhead punch combo.

With Obscure’s Alisa starting to lose power, JoeyFury went all-in in game three. From a starting power-crush combo, the Marduk pro chained throws that made Alisa look like a ragdoll and eventually claimed the no-round brown with a low kick.

With Fury now on set-point, Obscure went into overdrive to keep himself in the running. By the final round, the Alisa player started strong with a beautiful Meteor Kick combo that ended in a wall splat. Although JoeyFury was surviving on a sliver of health, Obscure risked it all with a clash that luckily ended in his favor.

With the scoreboard tied at 2-2, JoeyFury picked the multi-leveled stage of Forgotten Realm for more extensions to his deadly throw combos. Obscure might’ve gotten the early life lead in the final round, but Fury instantly turned things around with an Around The World throw combo.

Now on the last floor, JoeyFury closed out the Final Boss series with a bang, taking Obscure down with another Around The World throw and a ground-and-pound tackle.

With the Final Boss win, JoeyFury stands as one of America’s finest Tekken players while Obscure goes home as the Tekken Online Challenge US East champion with his standard cash-prize of US$500.

The next Tekken Online Challenge will happen on October 10-11, featuring the best Tekken pros of the EU North region.