Is Heihachi now the strongest Mishima in Tekken 7?

JDCR weighs in on the buffed grandpa. 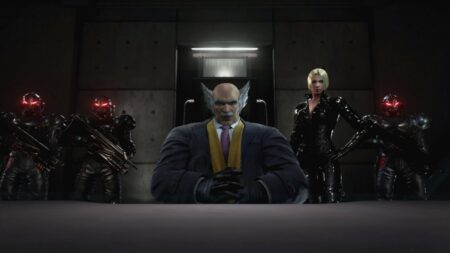 Heihachi Mishima is known to be the weakest of the Mishima-style characters in Tekken 7, but the game’s latest 4.20 patch has people eyeing the franchise fighter as a potential main.

With the new Heihachi buffs, many Tekken enthusiasts sought the opinion of Korean pro player Kim “JDCR” Hyun-jin. While he usually sports a deadly Dragunov in competitive tournaments, he’s always had a soft spot for the old man ever since his Tekken 5 days.

JDCR’s thoughts on the Heihachi buffs

In his review, JDCR had a lot of praise for Heihachi’s adjustments in the 4.20 patch. The tenured character had a total of ten move adjustments, including reach potential and frame advantages on-block.

“The fact that they buffed moves like df1 and jab shows that they still understand Tekken as a game,” stated JDCR.

JDCR has always been a stickler for fundamentals, so the changes to the two moves definitely appealed to the pro player. With a longer reach, the pro demonstrated how these can now be used as go-to poking moves.

While this is a significant buff, JDCR only saw it as a simple add-on to the hellsweep game plan, for you will still have to find the right time to utilize the move to deliver a nasty follow-up.

He now has a 9-hit screw combo

With Tenma Barrage (b,f,2,3) having three fewer frames on-hit, the old man now has a 9-hit screw combo that does 69 damage. This will also increase Hei’s wall-carry potential and further develop how fast he can close out rounds.

The Tekken team has also decreased the frame start-up of Quick Iron Fist (WS1) from 14-15 frames to 13-14 frames in exchange for less damage (From 20 to 17). The while-standing move can now punish slow low pokes on-block like Hei’s own d3 for a 41-damage combo.

From the video, JDCR proved that the changes are quite substantial, as he got 14 back-to-back wins on Heihachi, including one against fellow pro player Kim “CherryBerryMango” Jae-hyun.

With JDCR himself saying that Heihachi is now good with the recent buffs, we hope to see him pick the Mishima fighter in a competitive match soon.