iDom puts Akuma and Rashid at the top of his SFV:CE tier list 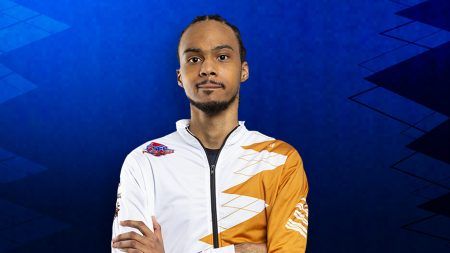 The reigning Capcom Cup 2019 champion, Derek “iDom” Ruffin has listed which characters in Street Fighter V: Champion Edition he considers the best in the game.

At the top of his list are two characters who have the best offensive options, Akuma and Rashid. Once you take into account that iDom has picked up Poison as one of his main characters, it isn’t all that surprising that iDom would then distinguish Akuma and Rashid as tough matchups.

What’s even more interesting is that, iDom decided to categorize 10 characters as S- on his tier list, which means he believes Urien, G, Guile, Poison, Cammy, Zeku, Kolin, Seth, Chun-Li, and M. Bison are strong characters, but not on the same level of Akuma and Rashid.

He also noted his main character, Laura under 50-50 because he “didn’t know where to put Mika and Laura” in his tier list.

iDom previously revealed a different tier list after he defeated Victor “Punk” Woodley and won Capcom Cup 2019. On that list, iDom listed Akuma under A-tier, as he believes the character’s new changes for Street Fighter V: Champion Edition moved him all the way up to S-tier.

With the 2020 Capcom Pro Tour continuing with online qualifiers, fans will get to see which characters are finding the most success, especially for online play.