Is the Lake Show championship-bound on the virtual hardwood, too? 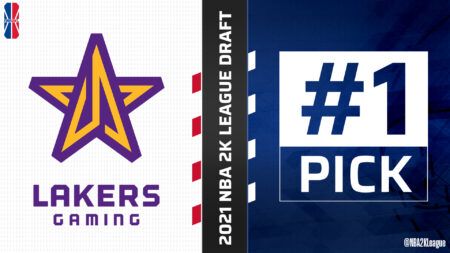 The favorable draft seeding gives the LA-based esports club a solid chance to turn the tide in their next NBA 2KL campaign.

Choosing the top prospect might also put them in an excellent position to follow the real-world Lakers toward the championship stage. As recent events have shown, NBA 2K League’s most recent champions — Wizards District Gaming — got a significant roster boost when they selected rookie standout John “JBM” Mascone as the first pick in the 2020 NBA 2K League Draft.

Pacers Gaming will select second, followed by Shanghai’s Gen.G Tigers who jumped up a few spots in the draft lottery.

Here’s how the rest of the first round looks:

The exact date of the 2021 NBA 2K League Draft has yet to be announced as of writing.