A springy step in the right direction for representation in sports and video games. 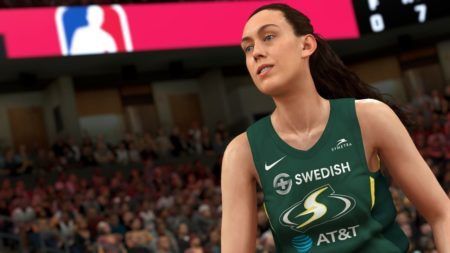 It’s official: the WNBA will debut in NBA 2K20.

The arrival of the premier women’s professional basketball league in the massively successful video game franchise has already been something of an open secret for months, with players tweeting about it as early as February. But this Dev Diary post marks the first time that the NBA 2K team has openly acknowledged the rumors.

The developers released the first glimpse of how professional women’s basketball will be rendered in the game. The clip also features league MVPs Candace Parker (LA Sparks) and Breanna Stewart (Seattle Storm) sounding off on what it means for the WNBA to be an integral part of the next NBA 2K game.

The WNBA first appeared in a video game through EA Sports’ NBA Live 18. But in that iteration, WNBA teams were limited to one-off games in “Play Now” mode.

NBA 2K20 is on track to do much better. The upcoming release will incorporate the authentic experience of the women’s pro game — from the individual players down to every team’s distinctive playbooks — in its dedicated WNBA Season mode.

While it may already be getting its fair share of critics, skeptics, and hecklers on social media, the WNBA’s inclusion in NBA 2K20 is undoubtedly a big step forward for both video games and sports in general.

“There have been women playing sports forever and there always will be,” NBA 2K producer Felicia Steenhouse wrote in NBA 2K’s Dev Diary. “Representation is about respecting the work and honoring the accomplishment[s of female athletes] with no caveats, exceptions, or qualifiers. In doing so we pave the way for something bigger.”

“When the younger generation can see it, they can do it, and that makes space for them to do even more. And all of us sports fans get to benefit. We get to marvel at what they do next.”

NBA 2K20 is scheduled to be released on September 6.

READ ALSO: Woman drafted to the NBA 2K League for the first time