WNBA stars reveal WNBA will be coming to NBA 2K20

This could also mean more female players in the NBA 2k League. 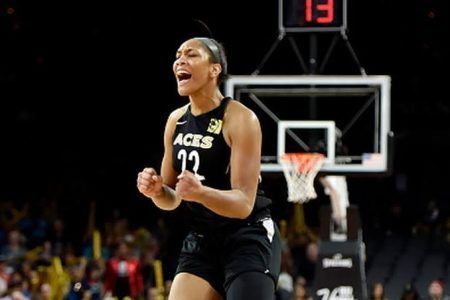 The Women’s National Basketball Association (WNBA) will be coming to the next iteration of the popular NBA 2K series, NBA 2K20, WNBA stars A’ja Wilson and Renee Montgomery revealed.

Wilson of the Las Vegas Aces and Montgomery of the Atlanta Dream posted on their Twitter accounts photos of them in the NBA 2K scanning booth. As if that was not enough of a giveaway, Montgomery even outright said that the WNBA will finally be appearing in NBA 2K20.

Going to be in the upcoming game https://t.co/lx92ZI6bRe

While there has been no official announcement yet, Wilson and Montgomery’s tweets should be more than enough to cause excitement among fans of the WNBA, the NBA itself, and NBA 2K.

The WNBA made its first appearance in a basketball simulation game in NBA Live 18, which was released in the fall of 2017 on Xbox One and PlayStation 4. Since then, many have clamored for the WNBA to appear in NBA 2K, which has been the more popular and mainstream game series compared to NBA Live.

In NBA Live 18, all of the 12 WNBA teams are playable through the game’s WNBA Play Now menu. However, they are just for one-off play offline or online, cannot play against NBA teams, and are not available in any of the game’s career modes either.

It will be interesting to see how NBA 2K handles its inclusion of the WNBA. This may also raise the possibility of female players participating in the NBA 2K League, the official esports league of the NBA played through NBA 2K.

With all that said, the WNBA’s inclusion in the ever-popular NBA 2K series would surely increase the visibility and legitimacy of not only women’s basketball, but women’s sports as a whole as well.