You could be the next EVOS Legends MLBB superstar

It’s your time to shine. 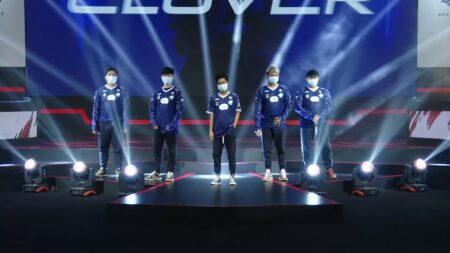 If you’ve got dreams of becoming a professional Mobile Legends: Bang Bang player for one of the best teams in the world, it’s time to grab this once in a lifetime opportunity!

How can I join EVOS Legends’ roster?

According to EVOS Legends head coach Bjorn “Zeys” Ong, EVOS Esports has laid out the initial requirements for those who want to try their luck:

He also stated that they are looking for analysts, managers, and trainers as well.

EVOS Esports will hold tryouts for those shortlisted. Zeys previously stated that a successful applicant can expect to be placed on the EVOS Legends roster right away to compete in the MPL if they do extremely well in the tryouts.

Otherwise, successful applicants will also get a chance to hone their skills on EVOS Icon, EVOS Esports’ MDL team.

Those who are interested to apply to EVOS Legends can send their application form to the esports organization before May 16, 2021.