The Truth is not a fan of papayas. 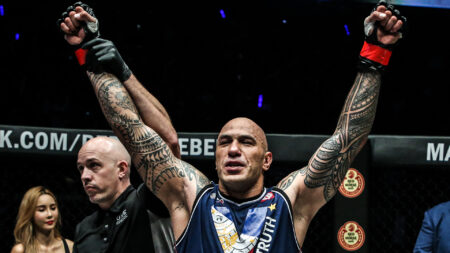 To start the show, the athletes faced off against the content creators in a series of fun challenges, all while discussing their love of gaming and MLBB in particular.

Next up, the squad played a game of MLBB where Brandon Vera showed he’s not just a heavyweight in the ring but can also throwdown in The Land of Dawn.

The team finished with a fan Q&A session where The Truth dropped some hard truths about his least favorite food (the answer was definitely not what we were expecting) and shared some revelations about the early days of his martial arts career.